NHL News : Report: Owen Power will not be joining the Sabres this season

The #1 overall pick says 'thanks, but no thanks' to the Sabres. 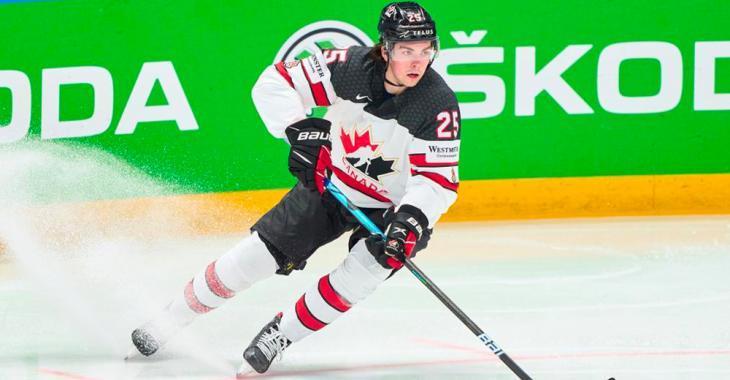 According to a report from Buffalo Sabres insider Lance Lysowski, #1 overall pick Owen Power will wait at least a season before making his NHL debut. Lysowski reports that Power will return to the University of Michigan for the upcoming season, rather than join the Sabres.

Owen Power will wait to make his National Hockey League debut with the Buffalo Sabres.

Power, the left-shot defenseman drafted first overall by the Sabres last month, will return to the University of Michigan for his sophomore season, a source told The Buffalo News on Thursday morning.

Power will join Erik Johnson as the only two #1 picks in the past 20 years to not make the immediate jump to the NHL. In Johnson's case he spent an additional season at the University of Minnesota after being selected by the St. Louis Blues in 2006. Lysowski reports that Power is likely to sign an NHL contract following the 2021-22 season.

While Power proved at the IIHF World Championships that he's physically ready to play against NHL competition, he will benefit from skating with a Michigan Wolverines team that will be among the favorites to win the NCAA Championship. The 6-foot-6 bluechip prospect will also play heavy minutes in every situation. An immediate jump to the NHL would have likely come with a sheltered role. And... let's be honest... Power wouldn't exactly be joining a winning atmosphere in Buffalo. The team stinks, the captain wants out and fan morale is at an all-time low. All of this is to say that it's probably a wise decision to take things slow with Power. There's nothing wrong with giving him a chance to dominate at the NCAA level and win a national title.

Frankly, I like this approach from both Power's and the Sabres' perspective. The fact of the matter is that a lot of top picks would have been served well with an extra year in college or junior hockey. Not every #1 pick can be Connor McDavid or Auston Matthews, after all. Just imagine how much better served players like Jack Hughes, Nico Hischier, Aaron Ekblad or Ryan Nugent Hopkins would have been with an extra year of development before hitting the NHL.

Alex Galchenyuk may have just hit rock bottom.
Subscibe to
Our NEWSLETTER
Receive the best articles of the web directly in your email