NHL News : Report: Only 7 NHL teams decline to use vaccine and mask mandates

10 teams require proof of vaccination and 25 teams will require fans to wear masks. 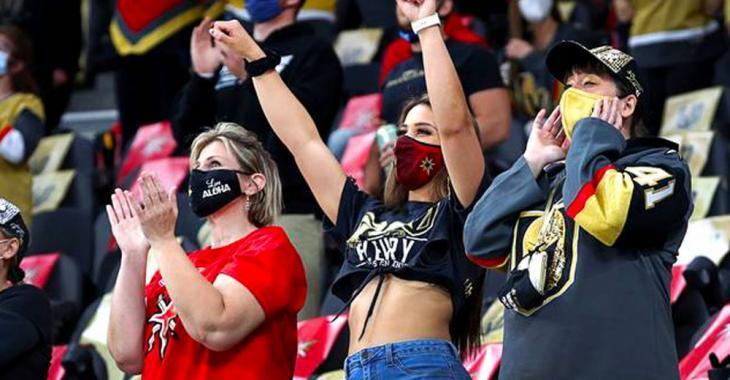 According to a report from Eric Engels of The Athletic, there are just seven NHL teams who will NOT require fans to wear masks or face coverings in their arenas this season.

All other 25 teams in the league will have a mask mandate and 10 of those teams will require that visitors provide proof of vaccination for admission.

Here's the full breakdown of things from Engels:

It's important to note though that while the 7 teams I listed above do not require masks to be worn, most of them do indeed recommend that masks be worn while in attendance.

What's actually most interesting to me though is that Engels reports that the Toronto Maple Leafs will apparently be allowed to operate at 100% capacity. Earlier today Toronto Sun reporter Chris Johnston reported that the Leafs have been approved to operate at 50% capacity to start the season, which would limit their building to roughly 9,500 fans.

From Johnston's column this morning:

Approximately 9,500 fans will be permitted for Saturday night’s game against the Montreal Canadiens.

Provincial regulations had previously limited the Maple Leafs, Raptors and Ottawa Senators to a maximum of 1,000 fans per event. That number is being increased to 50 per cent of building capacity, with an eye toward bumping the number of fans further over time if things progress well.

The Leafs and Raptors have already announced a policy that requires fans attending games this season to be vaccinated. Those with a verified medical exemption must show proof of a negative COVID-19 test.

You can feel however you want about vaccine mandates, mask mandates, etc. but to me it's just nice to see some teams going about their business with some sense of normalcy. Easy for me to say obviously as I won't be attending a game in Arizona, Detroit, Florida, Minnesota, New Jersey, Pittsburgh or Tampa this season though, I suppose. My take on things is that I'll simply enjoy turning on a hockey game this season and watching a packed crowd cheer on their hometown team without face coverings on. Dare I say it might even remind me a little bit of pre-pandemic times?