The Coyotes can't be happy. 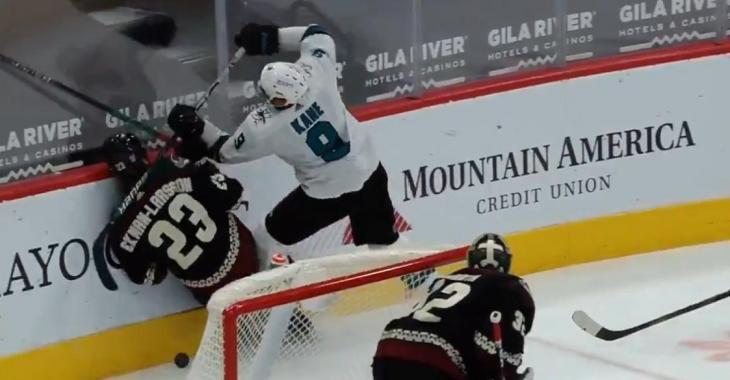 The Arizona Coyotes, and everyone with Ekman Larsson on their fantasy roster, are no doubt furious about this development and you can hardly blame them.

According to a recent report from Coyotes insider Craig Morgan, it now appears as though Coyotes star defenseman Oliver Ekman Larsson will miss "significant time" due to an injury suffered over the weekend.

On Saturday night the Coyotes faced off against the San Jose Sharks and it was during that game that Ekman Larsson was on the receiving end of a hit from Sharks forward Evander Kane. Ekman Larsson clearly saw Kane coming for him and braced for the impact, and upon first glance it seemed like a relatively routine hit that had left Ekman Larsson shaken up due to the fact that he fell awkwardly into the boards.

Watching the replay however tells a different story and although I don't think this was a deliberate intent to injure on the part of Kane, there's no question that this was a reckless and dangerous play on his part. If you watch the replay below carefully, you can see that as Ekman Larsson crashes into the boards, his neck is pinned between the boards and Kane's stick.

Update: Head coach Rick Tocchet has issued a comment on Ekman Larsson's status and has confirmed that his star defenseman has in fact been injured. Somewhat surprisingly Tochet is describing this as a lower body injury, I would have suspected that the head or neck of Ekman Larsson was the source of the injury given his body language after taking the hit.

Tochet also confirmed that Ekman Larsson would not be making the team's two game road trip to Las Vegas, stating that the team currently was listing the defenseman as day to day. The Coyotes plan to re-evaluate the situation after their road trip to Vegas, which suggest to me that Morgan's report of a significant injury is likely accurate.

It's a really tough break for a Coyotes team that desperately needs their star player and it's also very unfortunate for Ekman Larsson himself who seemed to be off to a hot start to the season with 3 points in his first 2 games.

Conflicting reports on a potential destination for Tony DeAngelo.
Subscibe to
Our NEWSLETTER
Receive the best articles of the web directly in your email