If Nuge wants a big ticket, he'll have to test the free agent market. 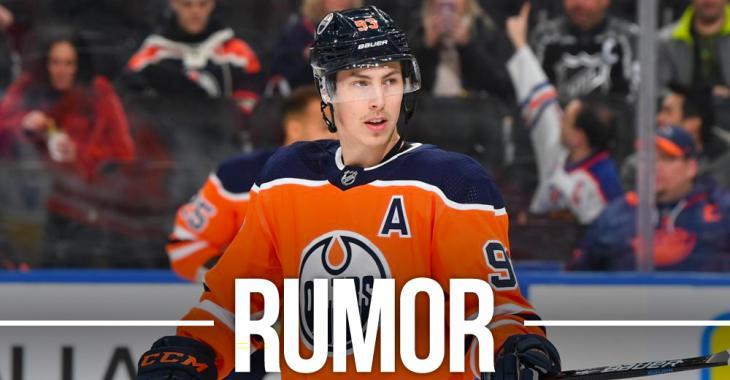 According to a report from TSN hockey insider Frank Seravalli, the Edmonton Oilers "have no plans" to offer pending free agent Ryan Nugent-Hopkins a contract at market value this season. The 27 year old Nugent-Hopkins is slated to become an unrestricted free agent this upcoming offseason and is reportedly seeking a deal that will pay him $7 million or more annually. No deal though, says Oilers GM Ken Holland.

From Seravalli's most recent column for TSN:

There is no question fan (and team) favourite RNH wants to remain in Edmonton. But to this point, negotiations have gone in fits and starts, and the Oilers have made it clear they have no plans to go north of $7 million per year on a long-term extension.

For what it's worth, the man they call "The Nuge" put up nearly a point per game last season, potting 22 goals and 61 points in 65 games with the Oilers. It was arguably the breakout performance that Oilers fans have been waiting for from Nuge since he was drafted 1st overall back in 2011. Now though, they stand to lose him for nothing as a free agent. Certainly Nugent-Hopkins is worth $7 million annually (He currently makes $6 million per season) in a normal year. But this... in case you haven't noticed... isn't a normal year. Free agent stars like Taylor Hall and Mike Hoffman had to settle for one year deals with reduced salaries this season, what makes Nuge think he'll be exempt from the financial realities of 2020-2021?

Unfortunately, I have a feeling that things could turn sour between the Oilers and Nugent-Hopkins. If he's intent on getting his money, he'll have to look elsewhere and leave the only NHL team that he's ever known. Your call, Nuge.

Is Jonathan Toews' NHL career over?
Subscibe to
Our NEWSLETTER
Receive the best articles of the web directly in your email