Will this get things moving? 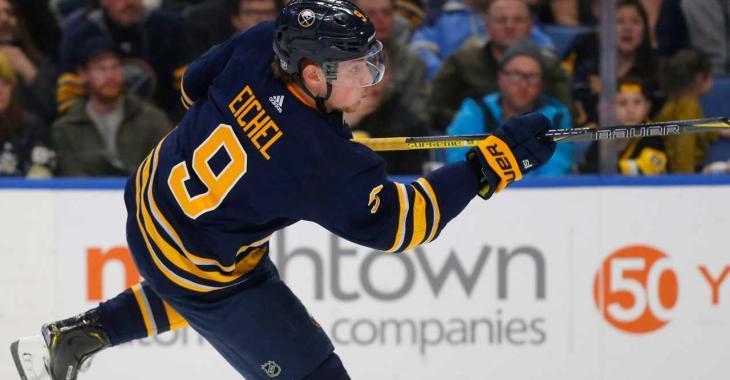 Fans are doubtful that a Jack Eichel trade will take place. He failed his physical at the Buffalo Sabres’ training camp and was stripped of his captaincy on Thursday. His trade and future remain in an impasse all because the team and its franchise player remain at an impasse over surgery options. It has been mentioned that the forward is willing to go anywhere to facilitate a trade, but a huge issue remains when it come to his pending surgery.

Eichel favors having artificial disk replacement surgery. The Sabres are against him having the procedure because it has never been performed on an NHL player. However, the Sabres’ way means that a patient could have three surgeries in 20 years.

This has been the major obstacle to get him traded out of Buffalo. However, Darren Dreger revealed on Thursday night’s edition of Insider Trading on TSN that the NHL and Players’ Association are getting involved to get things moving. Also, the Sabres are sharing Eichel's medical information with teams who have trade interest.

“Look, the stalemate continues in the Jack Eichel saga. What’s interesting, though, is the National Hockey League and the NHL Players’ Association have been involved and are talking to all parties involved in this process for quite some time. It is complicated because you’re talking about a mammoth guaranteed contract and an ongoing medical dispute. But an interesting twist as well is that teams with trade interest in Jack Eichel are being given the medical information as it’s collected, so the process is moving along.”

Eichel switched agents last month and is now represented by Brisson, who can make tough moves when necessary. Eichel is under contract through 2025-26 with a $10-million cap hit and GM Kevyn Adams is believed to be asking for a hefty return in exchange for his captain: he is reportedly seeking and not budging from his demand of the equivalent of four first-round picks,  which could be anything from young, established roster players, A-level prospects, or actual first-round draft picks in the next two NHL drafts.

GM Adams is sticking to his guns, but he might have to lower them and get sensible about this with the league and players’ association getting involved.

Let’s see if we get a trade soon now!

Sabres trade Ristolainen for first-round pick and package hours before draft!
Subscibe to
Our NEWSLETTER
Receive the best articles of the web directly in your email