What an absolute circus. 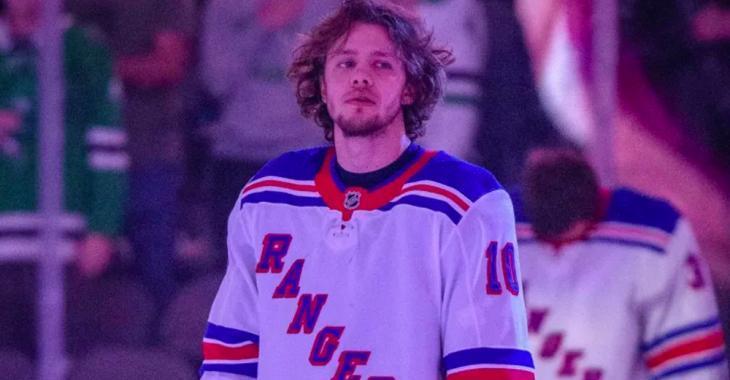 In case you missed yesterday bombshell news story, New York Rangers forward Artemi Panarin absolutely shocked the hockey world by announcing that he was taking a leave of absence from the team following allegations from his former KHL coach Andrei Nazarov that he assaulted an 18 year old woman in 2011.

Nazarov, a vocal supporter of Russian President Vladimir Putin, accused Panarin on assaulting the teenage girl during his time with Chekhov Vityaz of the KHL. Panarin and the Rangers have both vehemently denied the allegations and posted a statement in response:

“Artemi vehemently and unequivocally denies any and all allegations in this fabricated story. This is clearly an intimidation tactic being used against him for being outspoken on recent political events. Artemi is obviously shaken and concerned and will take some time away from the team. The Rangers fully support Artemi and will work with him to identify the source of these unfounded allegations.”

Today Rangers insider Larry Brooks of The New York Post, the man who initially broke the story to North American reporters, reports that indeed Nazarov acted alone and was not forced or co-erced into making his allegations by Putin or the Russian governmment.

A well-positioned source with knowledge of the political dynamic in Russia told The Post that this spurious attack against the 29-year-old native of Korkino was not a direct retaliatory governmental measure against Panarin but rather Nazarov going rogue.

It is believed Nazarov, who has been extremely critical of Panarin’s opposition to Putin, was attempting to curry favor with the Russian Ice Hockey Federation and its First Vice President, Roman Rotenberg, whose family has close ties to Putin.

Panarin has been outspoken is his condemnation of Putin in the past and it's believed that Panarin's support for Putin's political opponent Alexi Navalny may have been a factor in Nazarov's allegations. In other words: this is a political hit piece from Nazarov.

And don't get me wrong, if indeed a victim steps forward to share her side of the story then this entire ordeal looks differently. As it stands now though, this isn't even a "He said, She said" argument. This is more of a "A third Party He with a political agenda said, without any proof or corroboration..." type of argument. Stay tuned.

Dylan McIlrath takes out Steven Fogarty with a blatant head shot.
Subscibe to
Our NEWSLETTER
Receive the best articles of the web directly in your email