The last save he ever made was the biggest save of his life. RIP Matty. 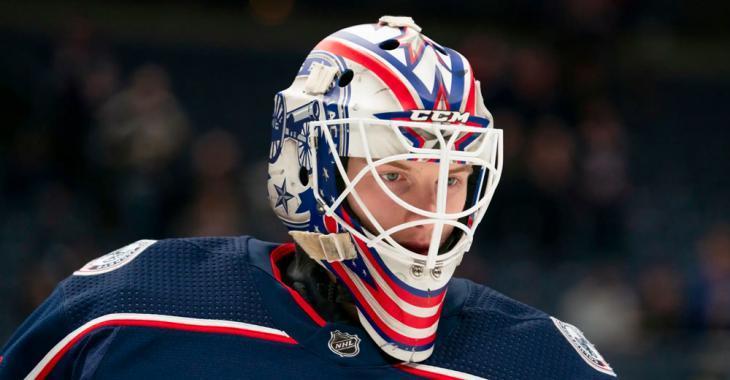 In two of the most heartbreaking eulogies, teammate Elvis Merzlikins and coach Manny Legace both spilled their guts out in describing Kivlenieks and what kind of person he was.

Legace, who helped develop a young Kivlenieks when he first arrived in North America from Latvia, saw the young man die at his home under his care due to a horrific accident. I can't imagine the pain and anguish that must live inside of Legace now. You want nothing but the best for the young men you mentor and then the absolute worst possible thing happens. Frankly, his closing words are absolutely gut wrenching.

As for Merzlikins, he and Kivlenieks were best friends. Both natives of Riga, Latvia and both trying to forge their own path in a foreign country. They were not only teammates, they were mirror images of each other and they relied on each other to boost up themselves. But, here's the thing... in Merzlikins' eyes, Kivlenieks died a hero. During his eulogy Merzlikins shared that he and his pregnant wife Aleksandra were just 20-30 feet behind Kivlenieks. Had Kivlenieks not suffered the blow, it's possible that three lives would have been lost that tragic day.

"He died as hero," gave me chills and just about sent me into a blubbering mess. Again, I can't imagine the pain that this young man is having to endure.

I truly hope that the Blue Jackets can establish some sort of lasting legacy for Kivlenieks. Time has a way of erasing people's past from our memories and it would be a true shame if the name Matiss Kivlenieks didn't resonate with future generations of Blue Jackets. His life should be remembered and celebrated forever.

As for Merzlikins, I can't imagine that hockey is a priority for him mentally right now, but I'd love nothing more than to see him absolutely pop off in the 2021-22 season. He's been a sensation in his first two pro seasons and I can think of no better tribute for him to pay to his best friend then to go out and establish himself as one of the best goaltenders in the NHL.