Here we go! Buckle up! 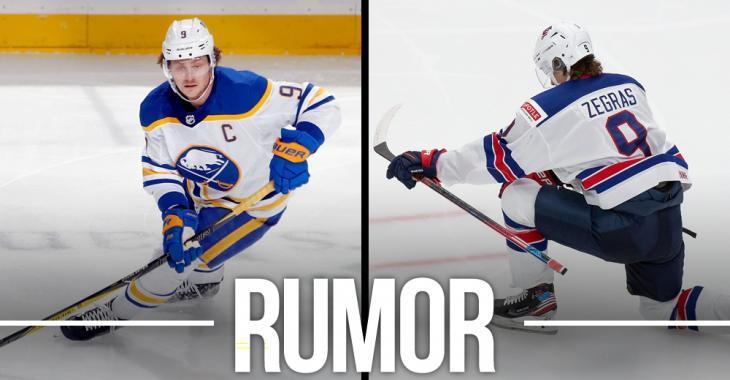 Here's what Friedman had to report at that time:

“LA can do it, Anaheim can do it, Ottawa can do it but I don’t see it. Montreal can do it. You know someone told me that St. Louis wanted to move some of their young pros and he could see St. Louis putting together a package to do it. Winnipeg could do it… but number one on the list has to be the Rangers. Boston’s going to want to do it and Columbus is going to want to do it, but the Rangers is who everyone is looking at.”

Flash forward to today and it seems like Eichel trade talks have picked up a bit of steam. In particular, Friedman seems convinced that Ducks GM Bob Murray will take the hardest run and Eichel and may even offer up top prospect Jamie Drysdale and Trevor Zegras along with the 3rd overall pick in this summer's NHL Entry Draft.

Friedman also reports that any Eastern Conference teams looking to trade for Eichel will have to really pony up to keep him close to the Sabres,.

Most interesting though is Friedman's comments about the Ducks and Drysdale and Zegras.

“I think Anaheim [Ducks] is in on both players," he said. "Now I don’t think they’d get both, but I do think that Anaheim has talked about both Reinhart and Eichel. In 2019, many thought the Sabres were going to take Trevor Zegras at No. 7, but took Dylan Cozens instead. The Ducks grabbed Zegras with the No. 9 pick, and now many want him to be traded to Buffalo if Eichel goes to Anaheim. Columbus wanted Zegras if they were going to trade Pierre-Luc Dubois to the Ducks, but Anaheim refused both Zegras and the sixth overall pick in 2020, defenseman Jamie Drysdale, in that trade."

Players could fight potential 2021 lockout in federal court!
Subscibe to
Our NEWSLETTER
Receive the best articles of the web directly in your email