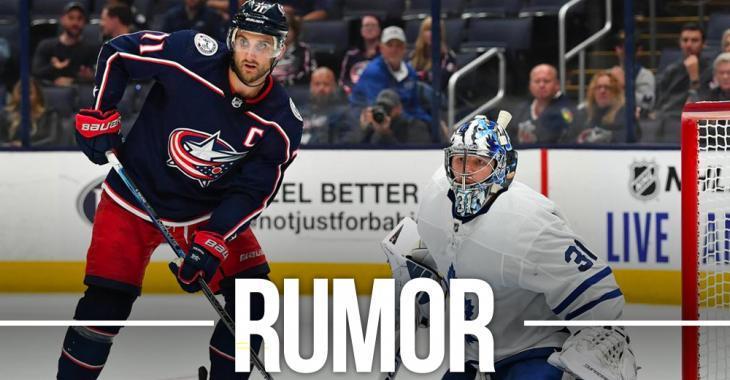 According to a report from Toronto Sun columnist Steve Simmons, the Toronto Maple Leafs have been sniffing around Columbus Blue Jackets captain Nick Foligno in GM Kyle Dubas' efforts to build a Stanley Cup contender.

Given the this season's division alignment and the absolute tear that the Leafs have been on, you can't blame Dubas for wanting to really put his team over the top this season. Foligno, whose $5.5 million contract expires this upcoming offseason, has 11 points in 26 games this season. He'd be relied on to add some veteran leadership, physicality and defensive responsibility to the team's third line center position. The problem? The cost of acquisition.

Here is where it gets dicey. The Leafs have next to no salary cap room. In order to acquire anyone - the name Nick Foligno keeps popping up - they would have to move other assets and money, certainly Alex Kerfoot for example, maybe of the the young defensemen Rasmus Sandin or Timothy Liljegren, maybe the young sniper Nick Robertson, maybe an early-round draft pick.

I've got to say... Foligno is a great player and shipping out a top prospect or a 1st round pick might seem expensive, but I feel like it's 100% worth it in this case. If Leafs fans have been impressed at what Wayne Simmonds has added to their group, just wait until they see Foligno. And here's the thing, if the Leafs make a deep run or even end up winning the Stanley Cup then it's worth it 100 times over. Add him to this group and you've got a veteran leadership group consisting of Foligno, John Tavares, Jason Spezza and Joe Thornton... all former NHL captains. Pretty impressive.