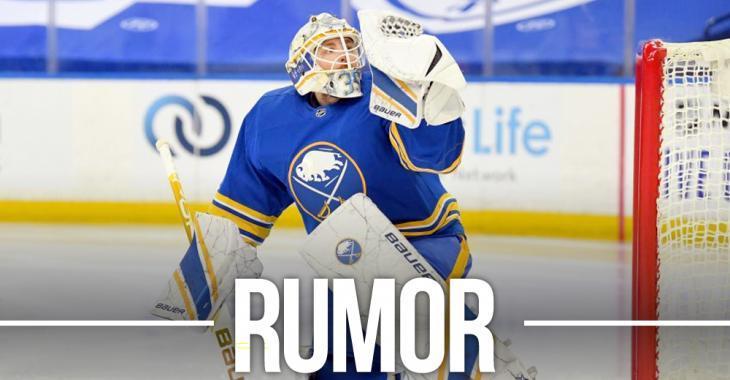 According to a second hand report from Sportsnet NHL insider Elliotte Friedman, the Toronto Maple Leafs and Buffalo Sabres have discussed a potential deal centered around Sabres netminder Linus Ullmark.

It certainly sounds like Leafs starter Frederik Andersen will be out of the lineup long-term and, to be honest, you could do a lot worse than Ullmark if you're looking for goalies on the trade market. The 27 year old Swede has a 6-5-3 record this season, the team is 1-18-2 without him in the lineup...

He also sports a solid .920 save percentage... again on the Buffalo Sabres... that's really saying something. By comparison Andersen has a 13-8-2 record and a .897 save percentage. It's also worth noting that Ullmark's one year, $2.6 million contract is up this offseason.