The talented Russian playmaker has apparently worn out his welcome in D.C. 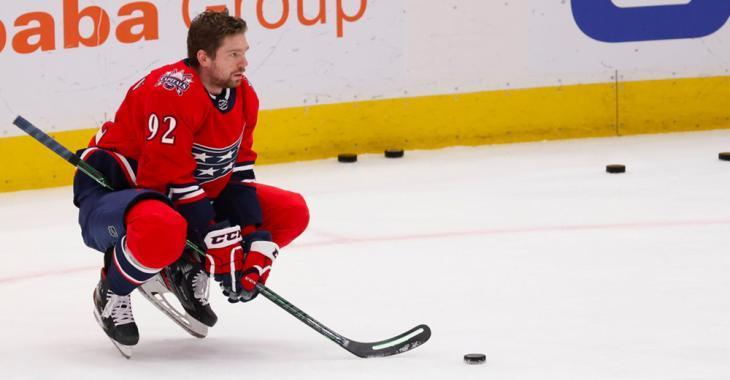 According to a report from NHL insider Frank Seravalli formerly of TSN and now with Daily Faceoff, the Washington Capitals are "tired of Evgeny Kuznetsov's antics" and may look to move on from the talented forward this upcoming offseason.

Simply put, the Caps are tired of Kuznetsov’s antics. From being one of the only NHL players to test positive for Covid-19 twice this season, to his four-year suspension from international hockey after testing positive for cocaine, the time is right for change. Kuznetsov is unquestionably a talented player – see his Conn Smythe-worthy playoff run in 2018 – but an inconsistent one. His contract will be difficult to move, but perhaps less so after the Caps pay his $5 million signing bonus due in July.

The 29 year old Russian is due $7.8 million per season for the next four years. If the Capitals are serious about moving him, they'll likely need to eat some salary and potentially sweeten the deal. Frankly, I don't see how the Caps can get full value for Kuznetsov if they elect to trade him this offseason. This is the definition of a "sell low" scenario.

Yes Kuznetsov struggled this season, but this was far for a normal season by any measure. Would anyone be surprised if Kuznetsov got back to a 70+ point pace next season? He put up just nine goals and 29 points in 41 games this season which over the course of a full 82 game season would have been his worst output since entering the league in 2013-14. But, he's a consistent 20+ goal scorer in normal circumstances and clearly has some chemistry with captain Alex Ovechkin. Between Kuznetsov and Nicklas Backstrom, the Caps have had the luxury of a dynamic one/two punch at center ice for years now.

If the Caps move on from Kuznetsov, who will play that 2nd line center role? Can you reliably count on Lars Eller to put up points? Maybe you could inject rookie Connor McMichael into the lineup, but that's putting a lot of pressure on a 20 year old kid. The reality of the situation is that I don't think the Caps are likely to move Kuznetsov unless it's clear that he's too big of a distraction for the team to function properly. In other words, so long as he stays out of trouble he's not going anywhere.