Oilers still looking for a solution. 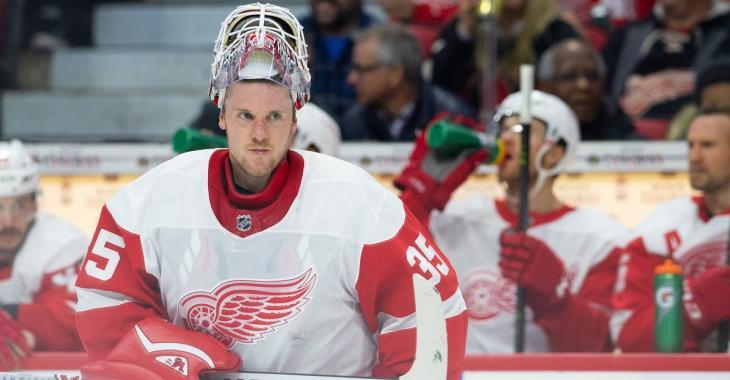 In spite of the fact that they have already added a goaltender this week, the Edmonton Oilers continue to look for a solution to their problems between the pipes.

On Saturday night National Hockey League insider Elliotte Friedman revealed that general manager Ken Holland has actually reached out to former Detroit Red Wings goaltender Jimmy Howard, presumably to offer him a job as a goaltender for the Oilers organization. At this point getting Howard would likely prove to be a pretty solid move for the Oilers who are in a truly desperate situation, but it sounds like Howard is unwilling to come to the rescue of his former general manager.

"Ken Holland did call someone he is very familiar with, Jimmy Howard, and the answer from Jimmy Howard was 'I am happy with my family, I am coaching with my kids.' He is putting retirement in motion, I would expect an announcement on his social media channels in the next couple days," said Friedman on the NHL broadcast.

Although fans may not be thrilled at the thought of bringing in Howard who struggled badly in his final season with the Red Wings, it seems like a far better option than the alternative. According to Friedman in their desperation the Oilers are actually reaching out to amateur goaltenders in the hopes of finding some that are properly quarantined, will be local to where they will be playing in Canada, and will be available to take the third goaltending spot on their roster even if just temporarily.

"They picked up Troy Grosenick on waivers but because of quarantined situations the Oilers will not have Grosenick or Olivier Rodrigue who is flying back from Austria until at least January 27th, which is when they finish their upcoming road trip through Toronto and Winnipeg," said Friedman.

According to Friedman the Oilers will now be looking to use amateur goaltenders to deal with their upcoming road trip, with hopefully the situation resolving itself on the 27th when Grosenick and Rodrigue have finished their respective quarantines.

This situation has turned pretty ugly for the Oilers and it has done so in rather short order, hopefully their plan to weather this current storm will work out for them.

Another contender enters Jack Eichel sweepstakes!
Subscibe to
Our NEWSLETTER
Receive the best articles of the web directly in your email