Reports that Davidson refusal to do Dolan's dirty work led to big changes for the Rangers. 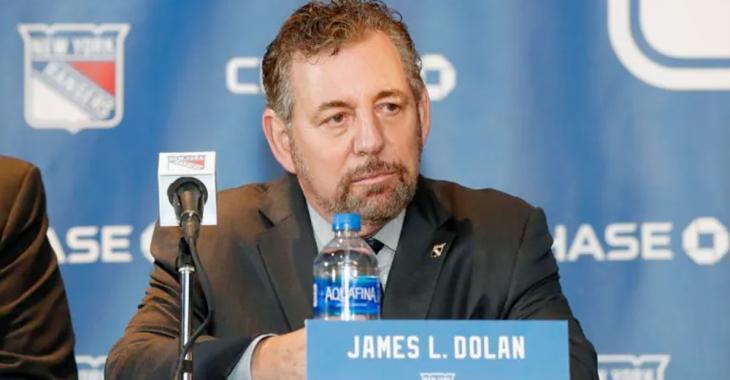 Rangers owner Jeff Dolan made the announcement in a prepared statement in which he both thanked Gorton and Davidson for their work, while stating that "in order for the team to succeed in the manner our fans deserve, there needs to be a change in leadership."

"We want to thank JD and Jeff for their contributions to the organization. They are both great hockey professionals who worked hard for the Rangers, however, in order for the team to succeed in the manner our fans deserve, there needs to be a change in leadership. Chris is a very sought-after executive and a strong leader, who has proven himself to be one of the top young minds in hockey. We are confident he will effectively guide the team to ensure the long-term success we promised Rangers fans."

There's obviously a lot of speculation about what went down today, especially in the wake of the press release that the team put out yesterday following Tom Wilson's non-suspension. In case you missed it, the Rangers essentially called for head of NHL Player Safety George Parros to be removed from his position due to his ruling on Wilson.

It's hard not to think that today's firings must be somehow tied to yesterday's bold statement, but NHL insider Elliotte Friedman reports that it's merely a coincidence.

From Friedman's latest column for Sportsnet:

I’m sure I had the same reaction as many of you, that this was tied into Tuesday’s twitter bombshell, where the Rangers stated “we view this as a dereliction of duty by NHL head of player safety, George Parros, and believe he is unfit to continue in his current role.”

With an hour or two to process initial information, I don’t believe that’s the case. Those comments came directly from owner James Dolan, not Davidson nor Gorton.

This is more about the direction of the team. In February 2018, the Rangers released a statement to their fans, preparing them for a rebuild. While they won’t make the playoffs this season, they’re definitely headed in the right direction.

But, according to multiple sources, it wasn’t moving quick enough for ownership. Dolan generally leaves the Rangers alone, but if you’re a Knicks fan, you’re familiar with his impulsiveness. He’s not known for patience. Apparently, Dolan also expressed frustration that he didn’t receive enough communication on the plan.

Rangers insider Larry Brooks of The New York Post reports that Dolan had instructed Davidson to fire Gorton and when Davidson refused to do it, both he and Gorton walked the plan together.

From Brooks' most recent column:

According to one source, Davidson was asked to fire Gorton but refused.

So... if I'm reading all of this correctly, Dolan was impatient and felt compelled to make a move. Despite the fact that Gorton and Davidson were doing what any reasonable hockey person would believe to be a job well done. The team was being rebuilt on the fly and looks to be trending in the right direction, but evidently that wasn't enough for Dolan. Which, is surprising to say the least.

The fact is that the Rangers were in a division this season that had five of the NHL's top 10 teams from last season. They had $13 million in dead cap space. Oh... and they were just 26 months removed from a "scorched earth" rebuild in which they had to basically re-assemble their roster at every key position. Frankly, what was Dolan expecting? The Rangers are/were trending in the right direction, but to expect some kind of breakthrough in 2020-21 is just fantastical thinking. Here's hoping Drury gets a little more leash with ownership.