NHL News : Report: John Davidson may already have his next job waiting for him 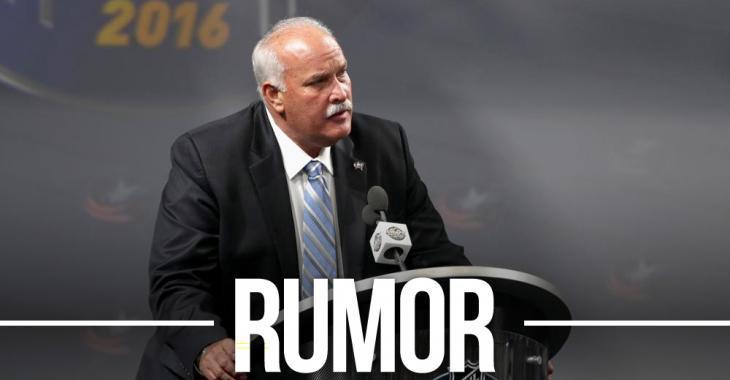 It's been just over 24 hours since the shocking news that New York Rangers owner James Dolan unceremoniously fired president John Davidson and GM Jeff Gorton and already there are reports that Davidson may already have his next job waiting for him. And it just so happens to be in familiar confines...

In his latest column for The Athletic, Columbus Blue Jackets insider Aaron Portzline reports that there appears to be a perfect fit for Davidson back in Columbus, the team he was president of from 2012 until 2019 when he left to join the Rangers front office.

...But in Columbus the shock was quickly followed by a question: Could Davidson return to the Blue Jackets? It’s a question that most certainly bounced around at the highest levels of the Blue Jackets organization, too.

Davidson, 68, told The Athletic he was going to “unwind” a bit before considering his next steps. He was blindsided by Wednesday’s news, handed down by owner James Dolan, apparently, because the Rangers’ rebuild was going too slowly for his liking.

To add real fuel to the fire though, Blue Jackets president Mike Priest has stated that if GM Jarmo Kekkalainen needs the team to make some front office hirings, they won't hesitate.

“He knows — it’s been made clear to him — that if he believes he needs additional help, we’re certainly open to anything he wants to bring to the table. But he is comfortable where we stand today, and we support that.”

Add to all of this that Davidson has unfinished business in Columbus and this does appear to be a no-brainer decision.

During his seven-plus seasons here, Davidson raved about Columbus. He was a proud spokesman for the city. When two Canadian broadcasters disparaged Columbus as an NHL destination, Davidson arranged for the local tourism office to send them a trove of travel information on the city.

When Davidson left to return to New York, he made it abundantly clear that he only would have left the Blue Jackets for a chance to join the Rangers. Wednesday must have been awful for Davidson, to be fired by the Original Six franchise that has held his heart for almost 50 years.