Over three decades of pro hockey! Look out, Gordie! 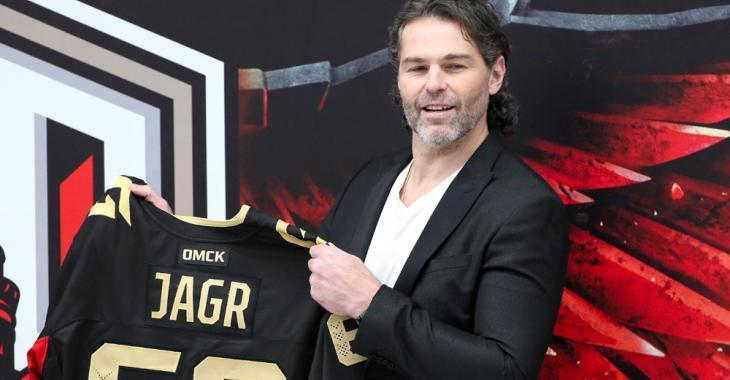 The Kladno Knights of the Czech Extraliga confirmed today that owner/player and future Hockey Hall of Famer Jaromir Jagr will play for the team this evening in their season opener, confirming that Jagr will play his 33rd professional hockey season.

Jaromír Jágr will start today against Jihlava after a 284-day break!

The 48 year old Jagr had 15 goals and 29 points in 38 goals with Kladno last season and last played in the NHL with the Calgary Flames during the 2017-18 season. The five time Art Ross Trophy winner as the NHL's leading point producer is all-time in NHL history in terms of games played with 1,733. He has a remarkable 766 goals and 1,921 points in those 1,733 games. An absolute legend.