A dirty move by the Hurricanes organization. Thoughts, Oilers fans? 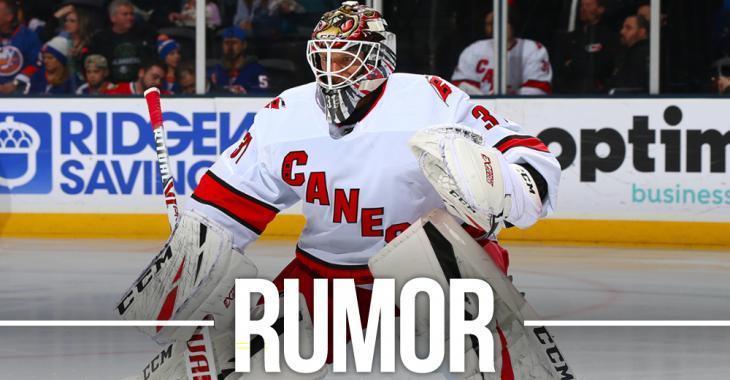 Lost in the crazy waiver wire game that played itself out earlier this week was the fact that the Carolina Hurricanes both claimed and then placed a goaltender on waivers on the same day. The Hurricanes claimed goalie Anton Forsberg, who ironically played with the team last season, from the Edmonton Oilers and then immediately placed goalie Alex Nedeljkovic on waivers. 24 hours later though when Nedeljkovic cleared waivers the Hurricanes found themselves with four NHL goaltenders on their roster.

NHL insider Chris Johnston reports that the Forsberg has not left Edmonton since being claimed by the Hurricanes and now the Hurricanes are taking trade calls on the veteran netminder.

A note on goaltender Anton Forsberg: He's remained in Edmonton since being claimed on waivers by Carolina this week. Now that the #hurricanes passed Alex Nedeljkovic through waivers and assigned him to their taxi squad, they're taking calls on Forsberg.

I have to say... that's kind of a dick move by Don Waddell and the Hurricanes organization. Let the guy play...

Forsberg had an NHL job with the Oilers and then the Hurricanes pluck him off waivers just to flip him somewhere else? Where I come from we call that a dick move...

In any case, the Oilers now find themselves in a situation where they have just two goalies on their roster in Mikko Koskinen and Mike Smith. They're suddenly in the hunt for a goalie and may end up having to give up a pick or a prospect in order to get Forsberg back in the fold. Dick move, Hurricanes... dick move.

Sens’ Coburn lands on waivers after humiliating play last night!
Subscibe to
Our NEWSLETTER
Receive the best articles of the web directly in your email