Game on! Drop the puck! 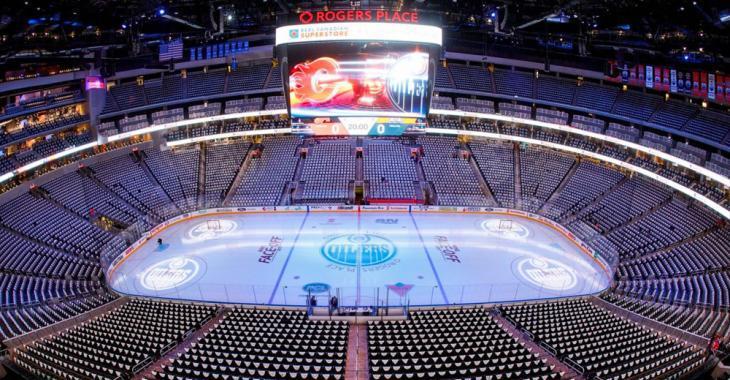 According to a report from Sportsnet NHL insider Elliotte Friedman, at least three Canadian teams could be looking at full capacity in their buildings for the start of the 2021-22 NHL season. Friedman reports that the Edmonton Oilers, Calgary Flames and Winnipeg Jets have been approved for full capacity, while the Montreal Canadiens and Vancouver Canucks have been approved for partial capacity. Meanwhile the Ottawa Senators and Toronto Maple Leafs are awaiting for approval from the Ontario government.

This is obviously encouraging news, but frankly I can't see the two Alberta-based teams going with full capacity from the start of the season. Cases of COVID-19 are on the rise in Alberta and there's reason to believe that the province will enact new restrictions between now and the start of the NHL season early next month. As for Vancouver and Montreal, I would expect that both teams would be limited to 50% capacity in their buildings, but at this point who really knows? The more I try to keep up with these regulations, the less I comprehend. As for the Sens and Leafs... who knows? The Ontario provincial government has been all over the map when it comes to COVID-19 restrictions and its recovery plan.

In any case, even if you personally don't plan on attending any NHL games in person this upcoming season it'll be nice to watch the games on television and see actual real life hockey fans cheering on their team from the stands. There's nothing quite like the electricity of a live crowd and if you watched any of the action from the all-Canadian division last season, you'll know how badly that electricity was lacking last season. I know that personally when we all got to see the Stanley Cup Final crowds in Tampa Bay versus the ones in Montreal, it was quite a contrast. The real shame of it all is that Montreal, maybe THE biggest hockey market in the world, was robbed of a true Stanley Cup Final experience, just as all us fans were as well.

Here's hoping that the NHL can put COVID-19 in the rear mirror during this upcoming season.

Wayne Gretzky already lands new NHL job!
Subscibe to
Our NEWSLETTER
Receive the best articles of the web directly in your email