Things getting uglier in Buffalo… 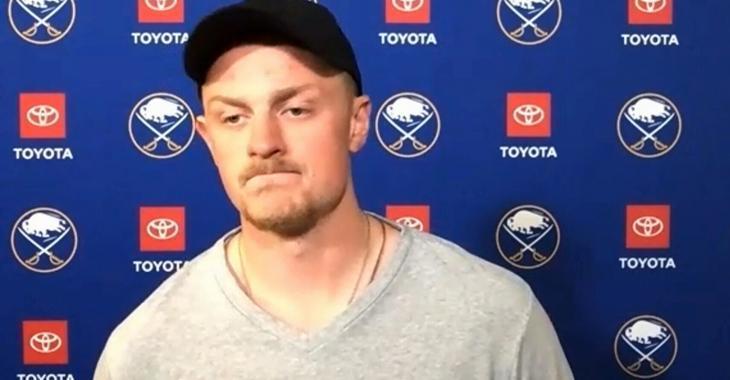 We all know there is no fairytale at the moment in Buffalo. At the end of the Sabres’ season earlier this month, Jack Eichel met with media and appeared to hint more than once at a much-needed change of scenery for the future.

The forward, who’s under contract through 2025-26 with a $10-million cap hit, intends to mull over his future this summer. He was especially upset with the Sabres’ demands not to undergo surgery on the herniated disc in his neck. Eichel played his last game of the campaign for the league-worst Sabres on March 7 before being ruled out for the remainder due to his neck injury.

Eichel went on to say that there’s a “disconnect” between him and the Sabres organization regarding a neck injury that he suffered and that his focus is on getting healthy for next season “wherever that may be.”

And now on Wednesday, insider Darren Dreger broke the news on WGR 550 that Eichel might consider filing a medical grievance against the Sabres with the NHLPA.

Both Eichel and the Sabres are reportedly still discussing the surgery option for the veteran forward, with Dreger reporting that Eichel and the club should have a better indication on surgery vs. no surgery by next week.

“They’re getting closer to a timeline.”

This could be what makes or breaks the medical grievance and even Eichel’s future with the Sabres.