NHL News : Report: Eichel is “wanting a change, wanting out of Buffalo”

The roof is about to blow off in Buffalo. 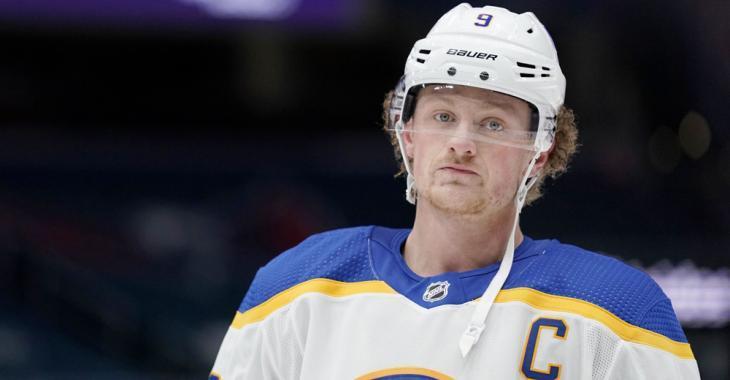 It's a fresh season for the Buffalo Sabres, but something's still rotten with this team.

The team is on the verge of missing the Stanley Cup Playoffs for a 10th consecutive season despite making a big offseason splash in signing former Hart Trophy winner Taylor Hall. Now... Hall could be on the way out of town along with superstar captain Jack Eichel.

"It’s been a struggle for me, personally," Hall said last week. "I feel like I’ve had some bad luck a bit. But at the same time, when you’re not scoring, you got to change something, you got to find whatever is in your game that’s not allowing you to put the puck in the net. Right now, it’s been tough. I can’t lie to you. If I have four or five goals right now, you don’t really know what our season looks like, especially with how close the games we had and how much we’ve been in games right until the very end."

Now... does this mean he's on the trade block? Not necessarily, but Sportsnet NHL insider Elliotte Friedman reports that the Sabres may be looking at trade possibilities for both Hall and Eichel. When asked by Buffalo's WGR550 radio station on whether he ever sees the possibility of the Sabres trading Eichel, Friedman responded:

"Yes. Well, here's the thing, obviously the way the Sabres came back out of the break with two really tough losses has started the talk about what could be happening."

Now Friedman's counterpart over at TSN, Darren Dreger, is reporting that indeed Eichel has asked for a trade and is "wanting out of Buffalo."

From Dreger's most recent hit on TSN 1050 radio in Toronto:

"Prior to the start of this season, go back into the summer, it's believed that Eichel had a conversation. And part of that conversation was wanting a change. Wanting out of Buffalo. Now they find a way to talk him into changing from that mindset.""They brought in Taylor Hall at $8M and thought that with a real good year maybe things would settle down. It's gone the exact opposite way. It's almost unbelievable how bad things have gotten."

"If this team continuse to plod along here the way that they are, I can't imagine this situation isn't revisited at around the trade deadline or in the offseason."

It certainly sounds like the Sabres and their former 2nd overall pick are headed for a messy divorce.

For what it's worth Eichel is signed for the next five seasons at $10 million per season. Get those offers in.

Penguins and Leafs make a last minute trade before the roster freeze.

Coleman scores a diving goal with less than a second left!
Subscibe to
Our NEWSLETTER
Receive the best articles of the web directly in your email