The next chapter in the ongoing Jack Eichel soap opera series in Buffalo. 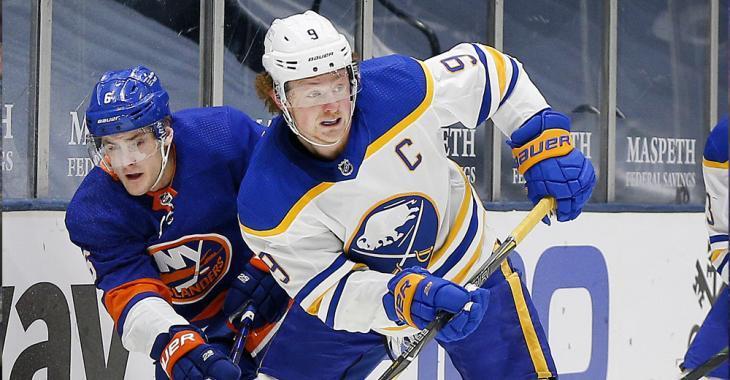 Earlier this week Buffalo Sabres captain Jack Eichel effectively left his team to deal with an upper body injury. It was believed that Eichel was leaving the team temporarily to get a second opinion on his injury and today TSN insider Darren Dreger confirmed that indeed Eichel has returned to Buffalo to seek a second opinion.

By stepping outside of his team's "bubble" Eichel has committed to at least a 7 day quarantine.

See where the day takes us, but we should have more on Jack Eichel tonight in Insider Trading. Eichel is on his was back to Buffalo after seeing a specialist for a second opinion. Awaiting word on diagnosis/prognosis. His 7 day quarantine begins today.

I've got to say, with this season being a complete waste for the Sabres, just shut down Eichel and call it a day. His trade value is at an all-time high and if this team is finally, mercifully going to move on from him, what's the point of trotting him out for more losses on the Sabres.

Any way you slice it up, it's a rough go for Sabres fans these days.

The worst is confirmed for Carey Price!