NHL News : Report: Kaprizov is NOT heading to the KHL!

Just a ruse for negotiations with the Wild?! 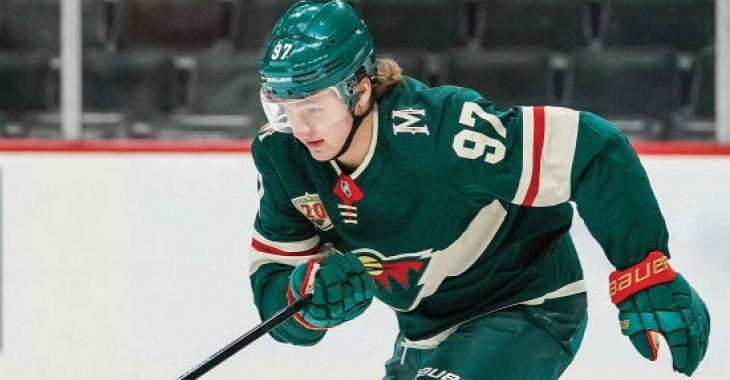 On Monday evening, it appeared that things got awfully complicated for Minnesota Wild general manager Bill Guerin. It was reported that top rookie Kirill Kaprizov, a restricted free agent in need of a new deal to return next season, had a contract in place in the Kontinental Hockey League. Pressure was on as insider Frank Seravelli reported that CSKA Moscow — with whom Kaprizov played for three seasons before his recent NHL debut — had offered the young forward a one-year deal worth at least $10 million to return to Russia.

The eight-figure salary would kick in on Sept. 1, which allows the Wild less than a month to make him a better offer. Minnesota has roughly $19.7 million in cap space to re-sign Kaprizov and fellow star forward Kevin Fiala. At the moment, the Wild is currently offer KK $9 million per season.

Both camps aren’t that far apart, but Kaprizov is still putting on the pressure of that KHL deal. However, it seems like the rookie forward isn’t willing to play in Russia after all.

According to RIA Novosti, a source familiar with Kaprizov’s situation has revealed that the young winger is not looking to play in the KHL. He has not accepted the offer and the source made it sound like he wouldn’t.

This might only be a way for Kaprizov’s camp to get the numbers they’re seeking for his deal in Minnesota.

Guerin does not want to lose this player and we bet the NHL would prefer to avoid losing out on a potential superstar in a key market because of salary concerns… While the blow would be bad for the league, it’d be terrible for the Wild.

But now, it sure sounds like this KHL offer is less on a threat… wouldn’t you say?