NHL News : Report: Crosby wanted to sign with Montreal in 2012, but Habs player convinced him to stay in Pittsburgh

Oh my! What could have been! 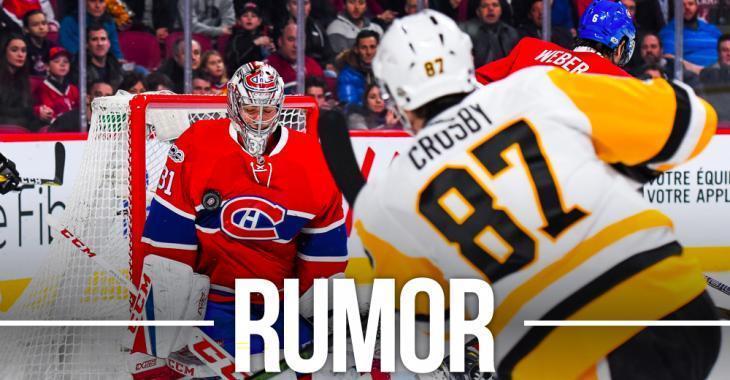 Believe it or not, if Sidney Crosby had it his way he'd be a member of the Montreal Canadiens right now.

According to David Ettedgui, player agent and analyst at 91.9 Sports radio in Montreal, Crosby wanted to sign with the Canadiens back in 2012 before one of the Canadiens players themselves managed to talk him out of it.

At the time Crosby was set to hit unrestricted free agency for the first time in his career and had had difficulty agreeing with the Penguins on the terms of a new contract, so he allegedly called a player from the Canadiens to ask an opinion on the matter. That's about as far as things went though as the unnamed Habs player reportedly talked Crosby out of the idea.

He had in mind possibly signing with the Canadiens, so what he did was call a Habs player to ask for his opinion, as most players do. And unfortunately for the Canadiens fans, this player that I will never name because he could be lynched, he had told Sidney never to come to Montreal. He said to her, "'Don't come and play here, the media will crush you, fans are asking for too much. You're good in Pittsburgh, you're winning there and doing your thing and you're like a king. Don't come here, it's difficult and the team is not playing well. Maybe later in your career but I give you a tip: Don't come here. ' This is a player who is no longer in Montreal and it is not Carey Price. "- David Ettedgui

Georges Laraque, who played in Pittsburgh as well as in Montreal and rubbed shoulders with Crosby confirms the information, adding that the player in question is a defenseman who is no longer part of the Canadiens organization today.

I gotta say... colour me skeptical...

I mean, of all people, is Sidney Crosby really concerned with media scrutiny? The guy has been in the spotlight since he was a teenager. If there was ever anyone made to handle the pressures of the Montreal media it's Sid the Kid. Add to the fact that Laraque has proven himself to be a pretty unreliable source and I'm taking this story with a truck load of salt.

Brendan Shanahan: “There will be changes.”

Leafs’ Dubas caught in attendance for tonight’s Senators vs. Flames game
Subscibe to
Our NEWSLETTER
Receive the best articles of the web directly in your email