Hextall running the Penguins!? Burkie back in the NHL!? What is going on!? 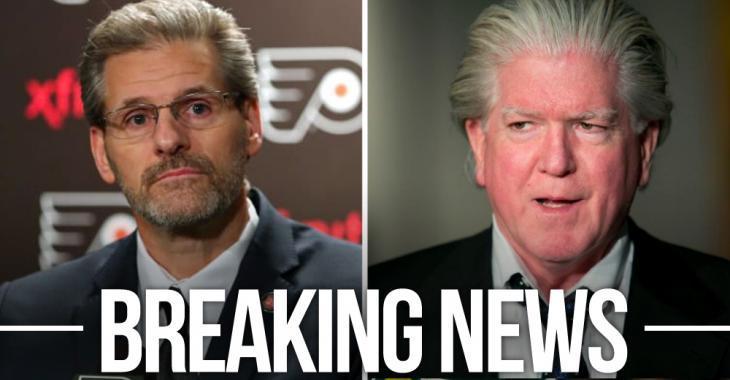 This just in, according to a report from NHL insider Elliotte Friedman, the Pittsburgh Penguins are set to hire Ron Hextall as their next GM and Brian Burke as their next President of Hockey Operations.

Burke was employed by Sportsnet as an analyst and was last in the NHL with the Calgary Flames. He, of course, has an illustrious career as an NHL GM and has a Stanley Cup championship on his resume during his time with the Anaheim Ducks. Suffice it to say that his return to the NHL will send absolute shockwaves through the league.

"To me, Pittsburgh is a take-your-breath-away destination for any GM or president of hockey ops," Burke said in a prepared statement. "I'm so excited for the opportunity. The Penguins are a storied franchise with outstanding ownership in Mario Lemieux and Ron Burkle, and Pittsburgh is just a great hockey city. Ron Hextall and I are very fortunate. We can't wait to get started."

Hextall, of course, is absolutely hated in Pittsburgh given his illustrious career with the Flyers. Not only is Hextall one of the most beloved icons in Philadelphia sports history, he's also arguably the greatest goaltender in the team's history and he's responsible for drafting or acquiring much of the team's current roster from his time as the Flyers' GM from 2014 until his firing in 2018. Since then Hextall has been an advisor to the Los Angeles Kings, a team that he was previously assistant-GM for from 2006 until 20013. That stint earned him two Stanley Cup rings and a reputation as one of the best talent evaluators in the hockey world.

"It's an honor to be joining the Pittsburgh Penguins - an organization well-known for its excellence on and off the ice," Hextall said. "I look forward to working with ownership, Brian and the entire organization toward the ultimate goal of bringing another Stanley Cup to Pittsburgh."

If and when Hextall gets the gig in Pittsburgh, get ready for some big changes. When Hextall was first hired as GM of the Flyers he performed a top-down tear down of sorts with his roster shipping out veterans like Kimmo Timmonen, Brayden Coburn, Vincent Lecavalier and Chris Pronger. The Pronger move, of course, was a cap flexibility move that ended up giving the team some much needed flexibility. It'll be interesting to see if Hextall takes a similar approach in Pittsburgh. There's no doubt that the Penguins could use a serious jolt.

Flames fire Geoff Ward, bring back Darryl Sutter as new head coach
Subscibe to
Our NEWSLETTER
Receive the best articles of the web directly in your email