The heat is on… 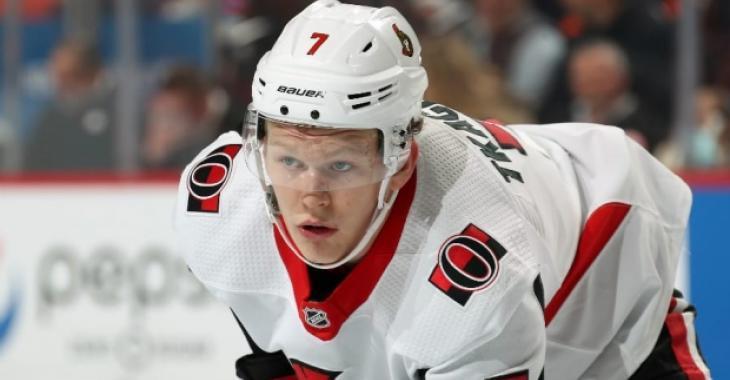 The Ottawa Senators are still hoping to sign rugged forward Brady Tkachuk while negotiations between the two camps are ongoing. Earlier this summer, we found out that while Tkachuk loves his teammates in Ottawa, he would like to see what GM Pierre Dorion and owner Eugene Melnyk plan to do to keep players on the roster long-term. Defenseman Thomas Chabot is one that has signed long-term, but only one other player, Colin White, is inked until 2024-25. Tkachuk would like to see the Senators make a definite plan to get a strong roster together in order to chase the Stanley Cup and is believed to have made that demand quite clear with management amidst their negotiations.

Ever since, we have heard no developments on this extension front, except for the fact that the Sens agreed to terms on a six-year, $29.85M ($4.975 AAV) contract with forward Drake Batherson, and it has been mentioned more than once that Tkachuk is getting frustrated with the process.

On Monday, TSN 1200’s Shawn Simpson reported that Tkachuk will not be reporting to Ottawa without a contract, so management will need to get a good offer on the table to have him with the roster in time to get ready for the 2021-22 season.

About the rumoured offers, reports have been circling that there’s been some discussing about an “8x8” deal, or a bridge contract of three years at around $6.5 million.

Tkachuk, who’s still four years away from free agency, clearly wants to know what the team’s long-term plan is to make a sound decision.  And so it sounds like Brady, just like brother Matthew with the Calgary Flames, isn’t yet willing to commit long-term to the Senators unless they can show him that they are serious about contending for a Stanley Cup and getting the money on the table and talented players on board to do so. And if here to we look at what Matthew did: once again Brady might end up living what his brother experienced as the Flames signed him to a bridge three-year deal on September 25th two years ago. Training camp will be underway.

The Senators simply cannot afford to lose Tkachuk for anytime that is, including camp. His leadership is much needed as Tkachuk and Chabot are among the leading candidates for the honour of team captain in Ottawa.

The good news in this long process, per team insider Bruce Garrioch, there has been no animosity between the two sides.

Let’s go from there and quick before the start of training camp!

7 NHL teams’ coaching staffs, including Oilers, are not receiving their full pay
Subscibe to
Our NEWSLETTER
Receive the best articles of the web directly in your email