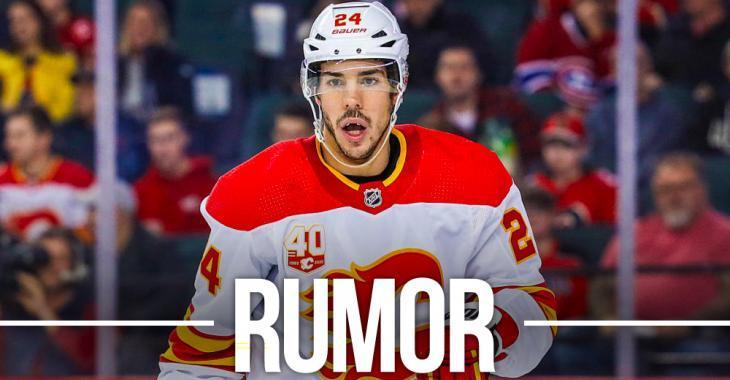 We're reportedly less than a month away from the start of the NHL season and there are still a handful of quality unrestricted free agents out there without deals for the upcoming season. Quite frankly it's surprising to see guys like Mike Hoffman and Mikael Granlund still available amongst the forward ranks and guys like Travis Hamonic and Sami Vatanen available on the back end.

According to a report from Bob Marjanovich of TSN 1040 though, Hamonic may find himself stuck in the middle of a bidding war between the Vancouver Canucks and his former team the Calgary Flames. Marjanovich, affectionately known as The Moj, reports that "he had heard both the Canucks and Flames are interested, but will need to move money out before signing Hamonic to a one year deal."

Interesting... especially when you consider that the Flames essentially already replaced Hamonic in the lineup by signed longtime Canucks defender Chris Tanev earlier this offseason. The Flames have just six defenders under contract and still need to re-up RFA Oliver Kylington, as well. It's hard to see how Hamonic works himself back into a contributing role in Calgary, to be perfectly frank.

The Canucks though are desperate for experienced defensemen. The team lost both Tanev and Troy Stecher to free agency and GM Jim Benning hasn't done a thing to replace either player. It's expected that rookie Olli Juolevi will make his long awaited debut, but even with him pencilled into the lineup the Canucks need some help on the back end.The pick up of Nate Schmidt should prove to be a great addition and Quinn Hughes is a superstar in the making, but what can the team really expect from an aging veteran in Alex Edler? Tyler Myers is always a question mark and the youth of Juolevi and NCAAA standout Jack Rathbone makes things even more uncertain. Add in the fact that the Canucks relinquished star goalie Jacob Markstrom to the Flames in free agency and things look even more tenuous on Vancouver's back end. For these reasons, a Hamonic signing in Vancouver makes a lot of sense. He'd be a perfect fit alongside either Juolevi or Rathbone.

Blue Jackets goalie Elvis Merzlikins out with a significant injury.
Subscibe to
Our NEWSLETTER
Receive the best articles of the web directly in your email