NHL News : Report: All-Canadian division off the table if NHL can't get approval from health authorities

RIP to the all-Canadian division. 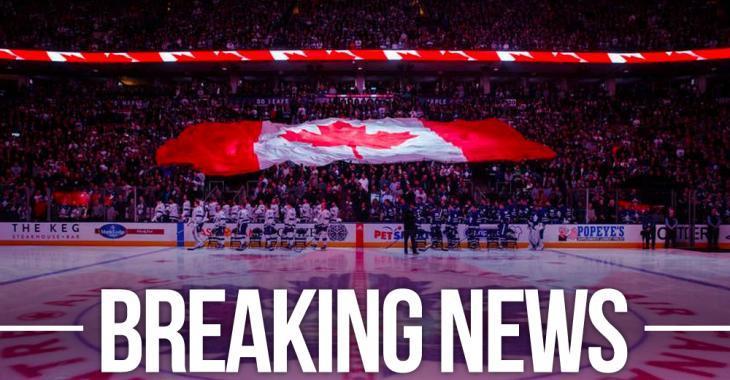 This just in from Sportsnet NHL insider Chris Johnston: The NHL may be forced to move its Canadian teams down to the U.S. if it can't come to agreements with provincial health authorities between now and the planned league start date of Jan 13th, 2021.

As the NHL continues to work through discussions with five different provincial health authorities about its plans to stage the upcoming season, a fallback option looms in the background.

The possibility of playing entirely in the United States.

Sources say that’s the likely outcome if agreements can’t be reached to make the all-Canadian Division a reality for 2020-21.

While there’s nothing concrete to indicate that the necessary government bodies won’t eventually sign off on the NHL’s plans, that had yet to happen as of late Thursday afternoon.

Johnston goes on to explain that the league would prefer to have its seven Canadian teams play out of their own city and arena for the shortened season and to limit travel within the country, thereby getting around Canadian and American border restrictions. However this plan requires the approval of health authorities from five different provinces, something that has been difficult to attain. The COVID-19 situations in Quebec, Ontario, Manitoba, Alberta and British Columbia are vastly different and changing seemingly everyday. This has made it extremely difficult for the league to negotiate its protocols.

Should the Canadian teams be forced south of the border it's not exactly clear what this means for the proposed all-Canadian division. Likely, it would be eliminated and teams would play in their usual divisions. In fact, TSN insider Pierre LeBrun has confirmed that if the NHL can't get approval from each of the necessary health authorities in Canada then the all-Canadian division is indeed dead in the water.

RIP to the all-Canadian division. Gone before we ever even got a chance to watch it in real life.

Flames re-sign forward Brett Ritchie, but have no plans on him playing for them

Rumor: Connor McDavid gave the Oilers an ultimatum.
Subscibe to
Our NEWSLETTER
Receive the best articles of the web directly in your email