A potential target for the Kraken. 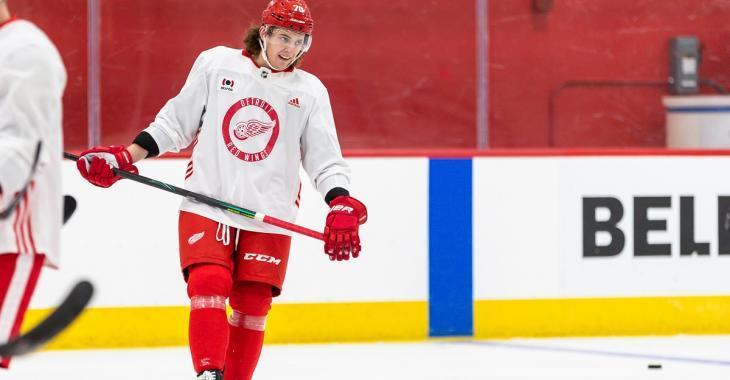 The National Hockey League offseason is usually an exciting time of year for fans of teams that did not do particularly well in the previous campaign and although that will remain true this time around it also comes with a caveat. Every team in the NHL will also be losing a valuable player this summer when the Seattle Kraken enter the league and, through the mechanism of the expansion draft, get their choice of a player from each of the league's teams.

In the case of the Detroit Red Wings that player could very well be a recent Gold Medalist with Detroit Hockey Now's Kevin Allen recently indicating that he believes veteran defenseman Troy Stecher could be exposed by the Red Wings in the expansion draft. Although the Red Wings have largely been inactive since the end of the regular season Stecher has just achieved a great deal of success on the international stage and has done so at a time that was arguably more difficult than any other.

Stecher, who is Canadian, recently participated in the International Ice Hockey Federation's World Championship tournament and although Team Canada whom he represented at that tournament got off to a terrible 0 - 3 start, they mounted an improbable comeback and went on to capture Gold at the event. It was an incredible achievement for player and country given the difficult conditions they were under at the tournament as a result of the pandemic, and it may have been a degree of success that has made Stecher a target for the Seattle Kraken.

The Red Wings acquired Stecher as an unrestricted free agent during the 2020 offseason thanks in large part to cap issues that resulted in his former team, the Vancouver Canucks, being unable to make him a competitive offer. At the time Stecher signed a two year deal with the Red Wings, one that pays him an average annual value of $1.7 million per season and he would be entering the second year of that deal at the start of the 2021 - 2022 regular season.

In his lone season with the Red Wings thus far he recorded 3 goals and 8 assists for 11 points over 44 games and finished the campaign with a plus minus rating of -13.