Is ESPN being fair to the Red Wings? 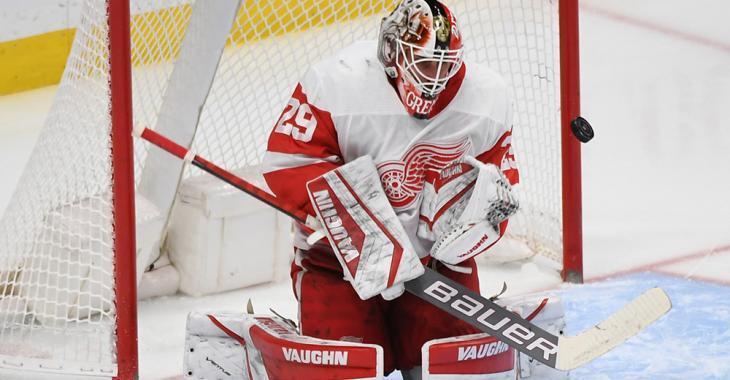 It's going to be a different look in the crease for the Detroit Red Wings for the upcoming 2021-22 NHL Season, as second-year Red Wing Thomas Greiss is joined by last year's Calder Trophy nominee in Alexander Nedeljkovic. The latter was acquired from the Carolina Hurricanes in exchange for pending free-agent Jonathan Bernier, who would subsequently sign with the New Jersey Devils.

And according to ESPN's Greg Wyshynski, don't expect too much from the Greiss/Nedeljkovic tandem. In fact, he ranks them 28th out of the 32 projected goaltending tandems in the National Hockey League.

Check out his reasoning below:

"The success or failure of this tandem comes down to two basic questions: Can the Red Wings continue their year-over-year improvement as a defensive team, and were the Hurricanes right or wrong about Nedeljkovic? The Canes didn't think he was worth a contract extension for three months of light-out, Calder Trophy-nominated hockey. The Red Wings were willing to give him two years and $6 million for it.

Greiss is one of the NHL's best complementary goalies, playing to his fourth above-average campaign in the last five seasons. He had the misfortune of losing eight overtime or shootout games, tied for most in the league last season. This tandem could look better than expected if the defense can help them get their goals-against average under 3.00."

Canadiens take a long shot, signing former Senators defenseman to a PTO.
Subscibe to
Our NEWSLETTER
Receive the best articles of the web directly in your email