Only one player on the Red Wings roster hasn't received the COVID-19 vaccine. 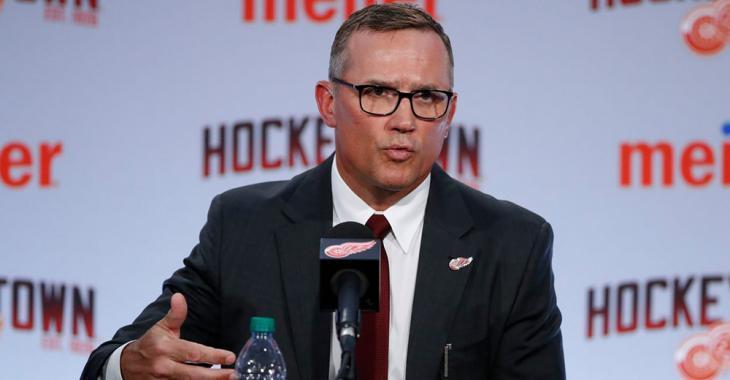 The Detroit Red Wings are prepping for the upcoming 2021-22 NHL Season, and they'll be looking to continue to take the next step in the rebuilding process that has seen GM Steve Yzerman put his mark on the franchise that he starred for on the ice for so many years.

As the team begins to gather in northern Michigan for training camp, the Hall of Fame former captain has revealed that there's only one player on the roster who hasn't received the COVID-19 vaccination, and that would be none other than forward Tyler Bertuzzi:

"We can't force anyone to get vaccinated," Yzerman said. "I personally am vaccinated, my family is vaccinated. I'll leave it at that."

"Tyler will follow the protocols for non-vaccinated players,"  Yzerman continued. "Most significant, is as of now, and for the foreseeable future, entering Canada. That will be an issue when we are playing Canadian teams."

Bertuzzi will be looking for a bounce back year after a season that saw him emerge as the team's leading scorer shortly into the season, only to have the campaign felled by a back injury that would eventually require surgery. The nephew of former NHL All-Star and Red Wings forward Todd Bertuzzi, the Red Wings selected Tyler 58th overall (Round 2) of the 2013 NHL Draft. During the 2019-20 NHL Season, Bertuzzi led all Red Wings scorers with 21 goals (27 assists) while putting up a career high 48 points.