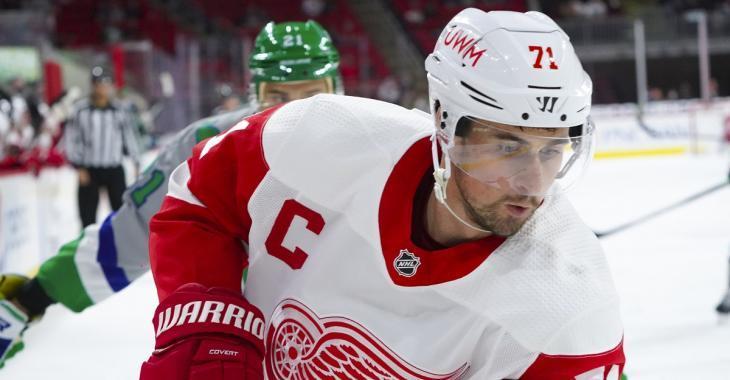 We are only a few days into the National Hockey League regular season but in spite of that there are many fans in Detroit that are already unhappy with the NHL this season. That anger stems from the treatment that Dylan Larkin, the captain of the Detroit Red Wings, has received thus far in the regular season, but today we have some good news for you on the Larkin front.

According to a report from Red Wings insider Helene St. James of The Detroit Free Press, the Red Wings welcomed Larkin back to practice on Monday morning. That is big news when you consider the fact that Larkin had previously been held out of practice this past Friday after he was the victim of a dangerous hit courtesy of Tampa Bay Lightning forward Mathieu Joseph.

The hit has been the topic of much controversy and is largely the source of all the anger I mentioned previously. Roughly midway through the second period of the Red Wings opener, Joseph drove Larkin head first into the boards. It was an ugly hit regardless of the circumstances, but it was even more difficult to watch for those who are familiar with Larkin's injury history. Larkin is coming fresh off a serious neck injury and I don't think a single fan in the world blames him for reacting the way he did.

Following the hit Larkin was given a major by the officials on the ice but the league's Department of Player Safety was not satisfied with a mere major. Instead they held a hearing for the Red Wings captain and issued a one game suspension for his punch to the face of Joseph following the dirty hit. There's no question of course that Larkin violated the rules of the game when he took a swing at Joseph in retaliation for the hit, but again I think many fans out there empathize with Larkin given the circumstances.

Joseph for his role in the whole fiasco was not given so much as a slap on the wrist, which also helped contribute to the fact that the Red Wings faithful are not particularly happy with the NHL right now.