The Red Wings general manager is highly regarded, to say the least! 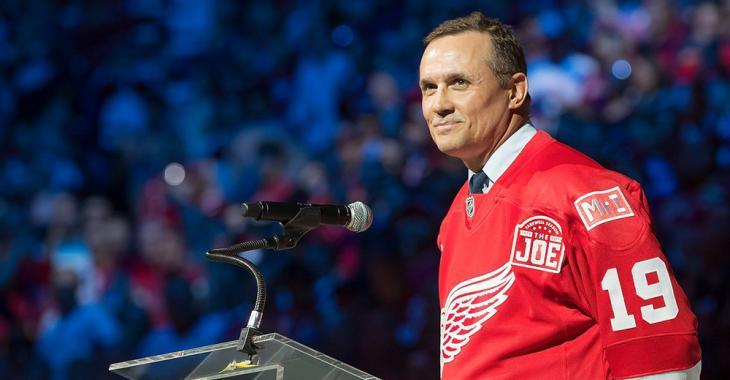 The Tampa Bay Lightning recently put the finishing touches on their second straight Stanley Cup win, and though he's no longer a part of their franchise, Detroit Red Wings GM Steve Yzerman is largely responsible for assembling their championship squads.

Yzerman took the job of Lightning GM in 2010, and helped transform the franchise into a yearly contender. Under his leadership, the Lightning drafted the likes of Nikita Kucherov and Ondrej Palat, as well as finding undrafted diamonds in the rough like Tyler Johnson and Yanni Gourde.

And his decision to draft Brayden Point in 2014 has paid massive dividends, as he's developed into one of the games's most clutch and valuable players.

Yzerman, who hired coach Jon Cooper, also laid the foundation for long-term success, locking up stars like Steven Stamkos and Victor Hedman to long-term contracts, as well as acquiring franchise goalie Andrei Vasilevskiy 19th overall in 2012 (from a pick obtained from the Red Wings for Kyle Quincey).

Since returning to the Red Wings in 2019, he's slowly begun putting his signature touch on the team that he helped as much as anyone resurrect from the dark ages during his playing career. And the fans of Hockeytown are confident - understandably so.

The Athletic polled fans across the hockey world to gauge their confidence level of their team's management, and Yzerman's Red Wings came in at No. 3 on the list.

Check out what some fans had to say, as well as author Dom Luszczyszyn:

“It’s a work in progress. Yzerman has proven over time how great he is at his job but until he attempts to enter the competitive stage we won’t know the full extent of the potential for the organization. At the rebuild stage, it’s hard to argue with what he has done.”

“I trust Yzerman won’t sign bad long-term contracts. The biggest question is whether his high draft picks will hit.”

“I haven’t had this confidence in the Red Wings management since Scotty Bowman was in town.”

Kidding aside, there is a lot of deserved belief in the Yzerplan which has been careful, slow and methodical with no immediate rush or hurry to take the next step. That’s fine, this team is far from ready and that patient approach has been extremely beloved by Red Wings fans. There is hope here that the man in charge can take the team back to where it needs to go with incredible faith in Steve Yzerman’s ability to make trades, signings, draft, develop and navigate the cap. The vision is crystal clear and the future looks bright.

Where this is warranted disagreement is in the first category, which is roster building. Yzerman and friends have done the easy part so far — actually building a roster is where things get difficult. I can see why there’s a difference as it comes to the philosophy of what this survey even tries to answer. The public may not be confident in the team’s roster building because the roster itself is still currently in its flaming wreckage state. But with how good everything else is going, it’s also completely fair for fans to have complete unwavering faith in management that the roster building part of the process will go just as smoothly as everything else. It’s the team doing things from the ground up and fans appreciating that even if there are no tangible results yet." -  Luszczyszyn

Source: The Athletic · Photo Credit: Winging It In Motown