The Red Wings have shaken up their scouting staff. 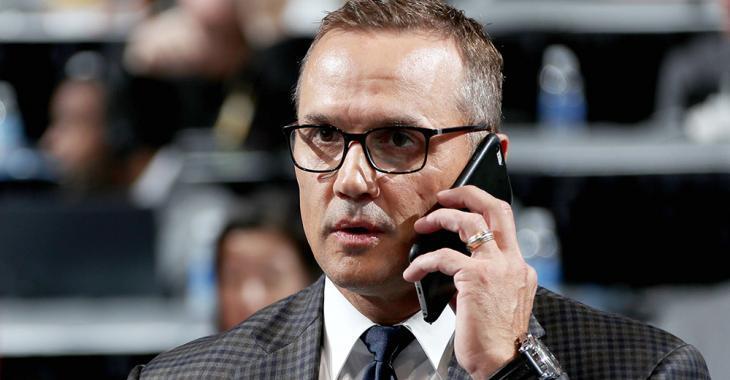 The Detroit Red Wings continue to be remade in the image of general manager Steve Yzerman, who is putting his stamp on the team after the organization was hamstrung for several years by poor decisions from ex-GM Ken Holland.

And now, there are two more changes within the team. Longtime scouts Bruce Haralson and Marty Stein are no longer with the club, and have been replaced. With the departures, pro scouting director Mark Howe, pro scout Kirk Maltby and amateur scout Kelly Harper are the only holdovers from the Holland era.

Haralson's tenure with the Red Wings lasted nearly three decades, starting as am amateur scout and then having spent the last 12 years as a professional scout. Meanwhile, Stein had served as an amateur scout for Detroit dating back to 1996. Additionally, Rob Rassey departs Detroit after two seasons as an amateur scout to become the new Director & Head of Hockey for Total Package Hockey’s Chicago Center of Excellence.

According to author Bob Duff of Detroit Hockey Now, Tommy Boustedt and Eric Soltys are coming aboard as professional scouts, while Greg Hawgood and Corey Crocker are joining as amateur scouts.

Crocker, who will be scouting the Quebec Major Junior Hockey League, had previously served as the head instructor for the Newfoundland hockey school run by former Red Wings forward Dan Cleary, who is now in Detroit's front office. Meanwhile, Hagwood had spent the last three seasons as a scout with the Chicago Blackhawks.

Boustedt arrives after having served as general secretary of the Swedish Ice Hockey Federation, while Soltys had served as a scout with the Calgary Flames from 2013-21.