NHL News : Rasmus Ristolainen’s health has been in serious jeopardy

“A couple of times when I went to sleep, I wasn’t at all sure whether I’d wake up in the morning…” 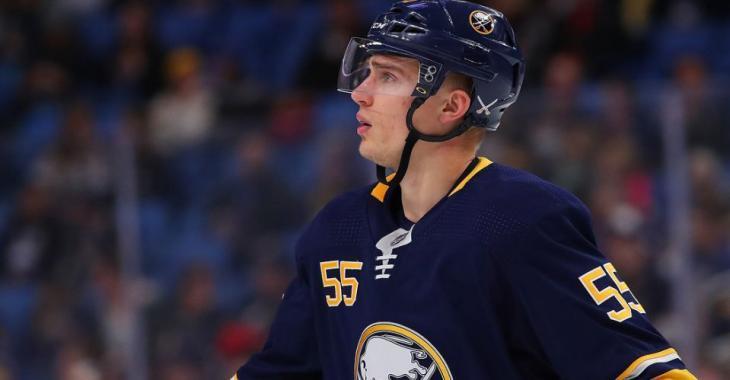 The Buffalo Sabres were hit by the COVID-19 pandemic earlier this month when they played against the New Jersey Devils despite the Devils showing significant signs of a coronavirus outbreak. The Sabres were upset about it and the National Hockey League has been more careful with the protocol list ever since.

However, defenseman Rasmus Ristolainen is still struggling with the virus, he who tested positive to COVID-19. He hasn’t played since Jan. 31st, but finally attended practice on Thursday. He won’t join the Sabres for their four-game road trip against the Washington Capitals, New Jersey Devils and New York Islanders, but things are better.

We found out on Friday morning that Ristolainen’s health was in serious jeopardy as he explained to the Finnish publication Ilta-Sanomat that COVID-19 has severely hampered his conditioning. Here is the translation, thanks to the Complete Hockey News:

“I’ve had every possible symptom. It got really bad at times, but I’m still kicking. From what I’ve heard around the league, no-one has had it the way I have. My oxygen levels had fallen badly and doing anything at all resulted in immediate exhaustion. After a couple of days, the symptoms eased and I thought I was getting over it, but soon enough I was having more chest pains and other symptoms.
At times I was in a very disturbing state. When I had chest pains and I walked up a flight of stairs, it felt like my heart would split. A couple of times when I went to sleep, I wasn’t at all sure whether I’d wake up in the morning. I’d just hope this wouldn’t be it for me…. Right now I spend most of my time asleep. I go to bed at 8pm. After 12 hours of sleep, I feel like I’ve slept for 5 minutes. During the day I go to the practice facility to exercise a bit, then come back home to sleep. It’s not the ideal situation but there’s nothing I can do.”

This is scary coming from the Sabres’ leader in defensemen in ice time per game. Ristolainen’s absence creates a hole at even strength, on the power play and when killing penalties. While the Sabres cannot wait to have him back, they want him healthy and out of danger.

“With Risto, we’re going to take our time,” head coach Ralph Krueger told the Buffalo News ahead of puck drop against the Capitals. “You can see the writing on the wall, that he needs more space to get his energy level up. Every one of us that had Covid has a different pathway back. His will still take some time. I really don’t expect him to join us on this trip. So, that’s actually what we’re expecting. We hope for everything to be sped up. We aren’t going to rush anybody back in.”

We hope he gets back to full health and on the ice!