NHL News : Rangers’ Zibanejad not available for start of camp 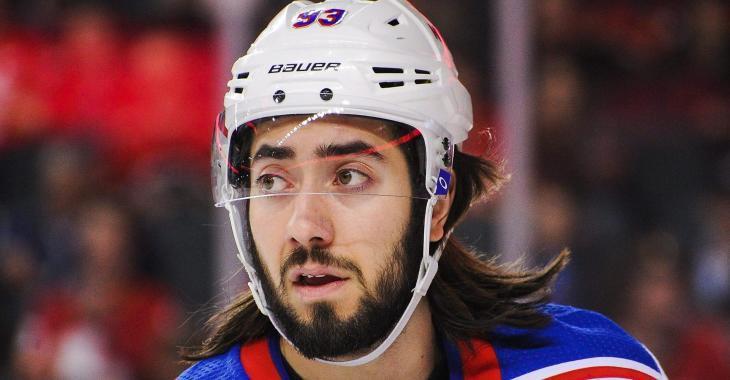 Training camp opens on Monday for the New York Rangers, but the team will be without star forward Mika Zibanejad.

The 27-year-old will not participate in the club’s first on-ice session Monday and is considered day-to-day, general manager Jeff Gorton confirmed Saturday.

The Rangers are surely hoping Zibanejad’s absence won’t be too long seeing that he has established himself as one of the league’s most electric forwards.

This could be a tough pill to swallow for the Blue Shirts if Zibanejad ends up missing camp entirely and some games in the already short 56-contest calendar.

Goalie Keith Kinkaid is also day-to-day and unavailable for the Rangers’ opening practice.

Training camps for last season’s playoff teams are set to begin Sunday, with teams taking to the ice Monday before the season begins Jan. 13. Zibanejad has just a bit of time to shake off whatever is keeping him away from the ice.

Penguins GM Ron Hextall discusses Crosby, Malkin, and future of the team
Subscibe to
Our NEWSLETTER
Receive the best articles of the web directly in your email