The Flames forward was pulled from the lineup while the Rangers’ defenseman awaits at home. 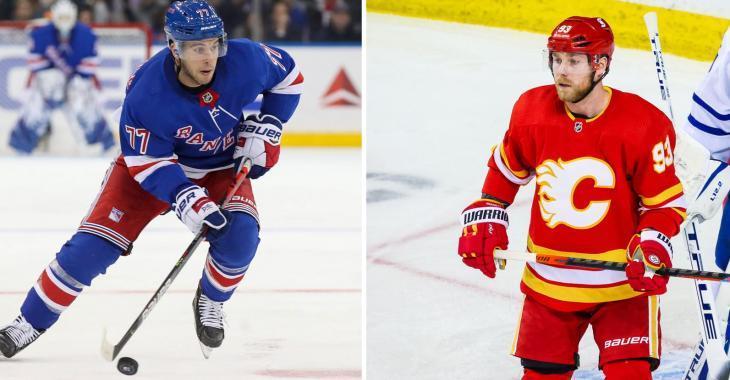 New York Post’s Larry Brooks first reported that the Calgary Flames are conducting due diligence on Tony DeAngelo and have expressed at least preliminary interest in the defenseman, who awaits at home to be moved by the Rangers who don’t want him anymore.

The Flames are believed to have put Sam Bennett forward in trade talks, he who pulled from the lineup and sat in the press box as a healthy scratch for the Flames’ match at Winnipeg on Thursday after having recorded just one point (an assist) in the first nine games.

According to sources, the Flames have not yet made the definitive decision to move on from him, but Darren Dreger revealed on last night’s edition of Insider Trading on TSN that the fact that Bennett was pulled from the Flames’ lineup could be a sign a trade is coming soon.

“It certainly amplifies the trade speculation across the National Hockey League media bases. Now, many wrongly assuming that a trade must be imminent, given the fact Bennett has played well of late and he is a healthy scratch against the Winnipeg Jets. But, there is no front-burner trade for Sam Bennett at the moment, but there is a good amount of interest at this stage.”

However, when it comes to the Rangers, many insiders believe the team does not believe a swap of Bennett for DeAngelo is fair. TSN’s Bob McKenzie has reported that the Flames have inquired about him, but a straight swap of the two players wouldn’t work based on the money — and since DeAngelo is the clear better player. DeAngelo signed a two-year, $9.6 million deal in October and put up more than four times as many points as Bennett last season. Bennett’s deal with worth a $2.55 million cap hit before he becomes a restricted free agent this summer.

Despite his behavioural issues, there is apparently lots of interest for DeAngelo across the league. If he ends up in Calgary, he will need to undergo 14-day quarantine in crossing the border. So the Flames better decide quickly…