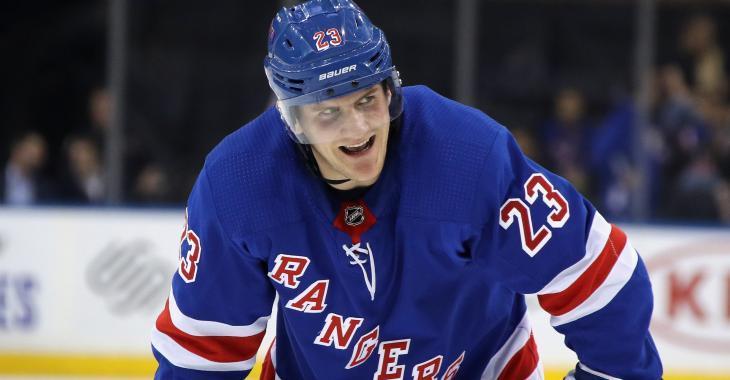 On Thursday night, ahead of the matchup against the New York Islanders, Rangers defenseman Adam Fox was awarded the Steven McDonald Extra Effort Award. The award was presented by the son of former detective Steven McDonald, Connor, who announced Fox as this year’s winner by saying: “He’s the best defenseman this season.”

Fox accepted the award in front of a smaller crowd at the Madison Square Garden, but made the extra effort to taunt his opponents with a ruthless move minutes before puck drop.

Fox’s effort both offensively and defensively has merited all the praise he is receiving. He has put up five goals, 42 assists and 47 points along with a plus-21 rating and is in the running for the Norris Trophy.

He however didn’t channel this into last game’s contest, which the Rangers lost 4-0 to the Islanders. The other NY team was potentially fuelled by Fox’s taunting move and made him pay.

Habs hint at some curious changes during bizarre Sunday practice.