The Russian forward took a personal leave of absence a few weeks ago amidst insane allegations... 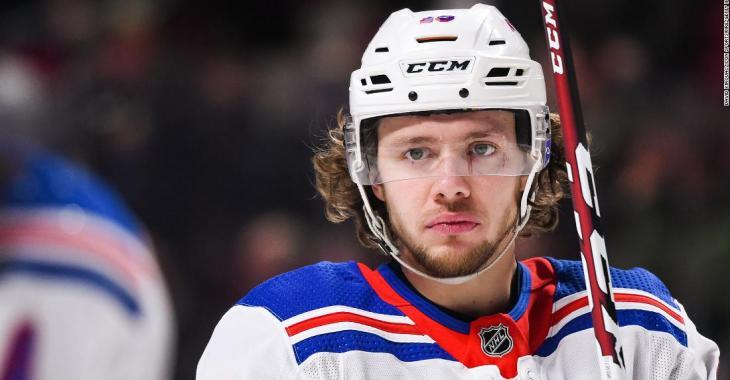 On February 22nd, New York Rangers’ Artemi Panarin stunned everyone leave of absence from the team for personal reasons. We know now that’s because he needs to step away for an unspecified amount of time amid allegations in Russia of an assault in 2011 that the player vehemently denies. A Russian news article quoted Andrei Nazarov, Panarin’s former KHL coach and a former NHL enforcer, who claimed Panarin struck an 18-year-old girl in Latvia in 2011. He claimed Panarin knocked an 18-year-old Latvian girl to the floor in 2011 with “several powerful blows,” according to a translation of the Russian newspaper story. He then alleged Panarin paid $40,000 (EUR) in cash for the police to “put the brakes on the case.”

The Rangers are supporting their player as they proved with the following statement as soon as the allegation emerged:

“Artemi vehemently and unequivocally denies any and all allegations in this fabricated story. This clearly is an intimidation tactic being used against him for being outspoken on recent political events. Artemi is obviously shaken and concerned and will take some time away from the team. The Rangers fully support Artemi and will work with him to identify the source of these unfounded allegations.”

Media were informed that Panarin went back home to Russia for his family’s safety once the allegations were made public and fans have been without an update for several days now.

Finally on Thursday, Dan Rosen of NHL.com revealed that Panarin was skating, though not with the team, and could be returning soon as head coach David Quinn mentioned he’s getting closer to returning.

However, there is still no timetable…

We hope everything is getting cleared up for Panarin, especially if he is innocent of these allegations. Several of his former teammates who played with him under Nazarov are adamant this story is fabricated.

If he is closer to a return it may be because there is a resolution to this madness.

Maple Leafs have found their goalie on free-agent market!
Subscibe to
Our NEWSLETTER
Receive the best articles of the web directly in your email