He is paying for it! 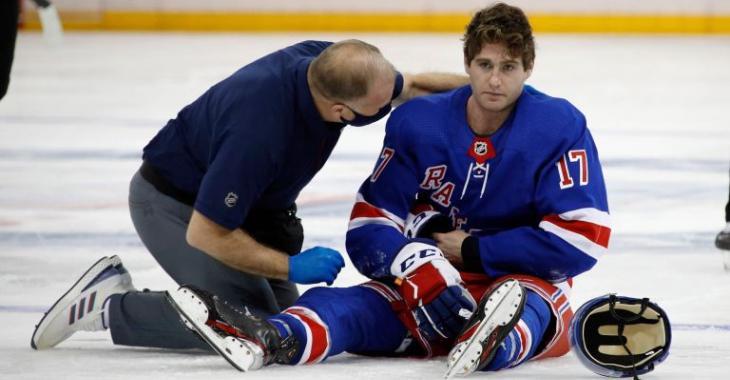 The New York Post states it loud and clear: the Rangers should be ashamed of their season start. The Blue Shirts offered a a pitiful effort against the New York Islanders in the team’s season opener. The Isles easily won 4-0 with goalie Igor Shesterkin allowed goals on the third, fifth and seventh shots he faced. The good thing for him is that the Madison Square Garden was empty and fans couldn’t chant “Henrik … Henrik” during the entire game.

While head coach David Quinn stated that his team played hope hockey and weren’t prepared to play the right way, he is now making one of his players pay for his humiliating performance in the season opener.

On Friday, defenseman Tony DeAngelo was demoted and skated with the taxi squad as Anthony Bitetto was on the ice with the varsity.

DeAngelo played poorly for the 15 minutes and 25 seconds he found himself on the ice, did not record one shot on net and ended the night with a -1 differential. On top of that, he an unsportsmanlike conduct penalty on top of a holding infraction. He was caught holding Mat Barzal and complained so much about it that the unsportsmanlike conduct was added on top. The Rangers were shorthanded eight times.

It is therefore possible that DeAngelo becomes a healthy scratch for Saturday’s contest against the Islanders again. He won’t remain on the taxi squad seeing that the Rangers would be forced to place him on waivers and cannot take the risk to lose him, but he could watch the game from the stands.

More info revealed on Ilya Kovalchuk’s return to the NHL