Do you agree with the choice? 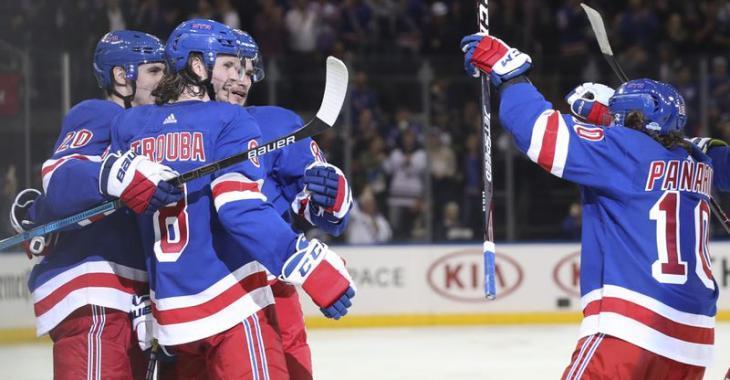 The New York Rangers haven’t named a captain since Ryan McDonagh  was traded in February 2018. At the start of this past season, the Blue Shirts  had made the announcement that rather than select a captain, they would have four alternates: Mika Zibanejad, Chris Kreider, Jacob Trouba, and Artemi Panarin.

For the upcoming season, following many changes in management with former player Chris Drury taking over as general manager and president, it sounds like for the first time in a little over three years, the Rangers will open the 2021-22 campaign with one of their players proudly wearing the C on his chest.

“[Naming a captain] is a priority,” Drury revealed on Tuesday. “At the end of the day, it has to be the right person. I think we have a lot of leaders in our room.”

According to team insider Rick Carpiniello for The Athletic, Drury appears to lean on Trouba to become the franchise’s next captain.

In 2019, the Blueshirts traded the 20th pick overall back to the Winnipeg Jets along with Neal Pionk for Trouba.

While he came a few seasons ago to the Big Apple, it was noted more than once by former head coach David Quinn that Trouba had become a vocal leader in the dressing room as he grew more comfortable with his teammates.

With new head coach Gerard Gallant behind the bench, there is no doubt that this new voice will guide the Rangers to be contenders once again.

If Trouba is the man gifted with the C on his chest, we can imagine the boost his teammates will get in the dressing room and on the ice as well.

Do you agree with the rumoured choice of Trouba as captain of the New York Rangers?

Habs lose both Price and Gallagher, add rookies to replace them
Subscibe to
Our NEWSLETTER
Receive the best articles of the web directly in your email