Four fights just 1 second into the game. And Wilson gets his come uppance! 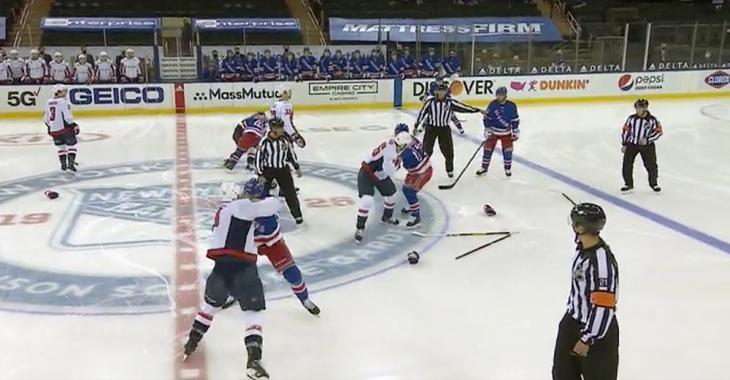 Exactly one second into tonight's blood feud rematch between the New York Rangers and Washington Capitals and things are getting testy!

There were exactly three fights at the one second mark and another fight featuring Public Enemy #1 Tom Wilson, just 40 seconds later.

Check out this mayhem:

Officially we are at four fights at just about 50 seconds of playing time... something tells me this is going to be one Hell of an entertaining game. Old time hockey, baby!

UPDATE: We are now up to six fights in just over four minutes of ice-time.

In total 72 minutes have been handed out this evening.

Controversy in Minnesota over goaltender interference call.
Subscibe to
Our NEWSLETTER
Receive the best articles of the web directly in your email