NHL News : Quenneville dumps Bobrovsky ahead of Game 2 vs Lightning 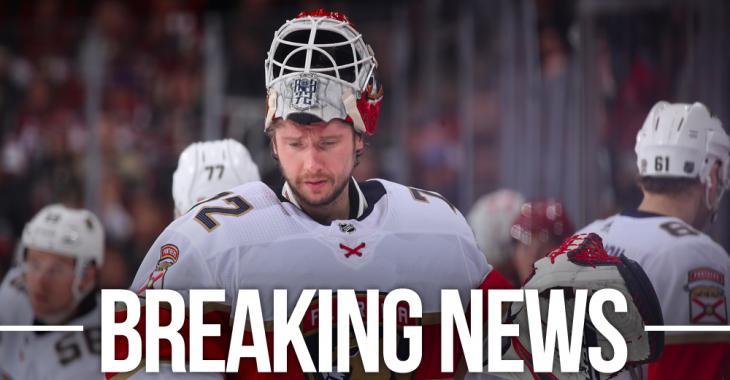 This just in, Florida Panthers head coach Joel Quenneville has elected to shake up the crease this evening and will dress Chris Driedger as his starting goalie over veteran Sergei Bobrovsky for Game 2 of his team's opening round Stanley Cup Playoff series against the Tampa Bay Lightning.

The Panthers fell 5-4 to the Lightning in Game 1 of the series and Bobrovsky certainly wasn't to blame for the loss but... well... he did let in five goals. You can be the best goalie in the world but if you let in five goals, it's very difficult to win an NHL hockey game, let alone a playoff game. So really, it should come as no surprise that Quenneville is turning to Driedger.

Driedger, a 27 year old veteran who has played mostly in the AHL and even the ECHL put up solid numbers in 23 regular season games with the Panthers this season. He sported a 2.07 GAA and .927 save percentage, both of which make Bobrovsky's 2.91 GAA and .906 save percentage look pedestrian.

Rumor: Maple Leafs linked to Blue Jackets captain Nick Foligno.
Subscibe to
Our NEWSLETTER
Receive the best articles of the web directly in your email