Some serious allegations against the former World Juniors star. 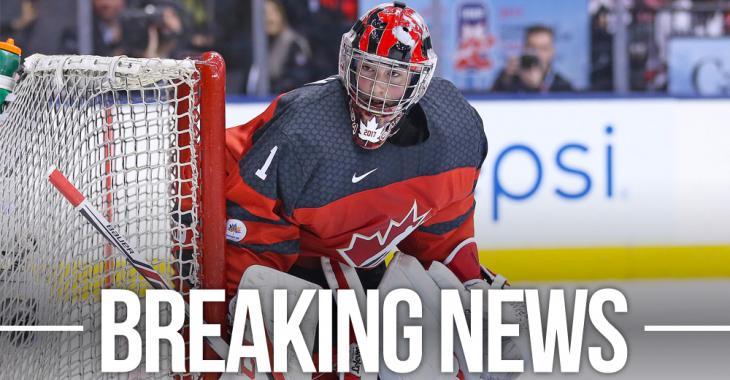 This just in from Sportnset hockey insider Chris Johnston: Swedish Allsvenskan team Björklöven is reportedly being investigated after allegations that the team "fixed" or "took a dive" in this evening's 8-4 loss to rival team Mora.

Suffice it to say that if these allegations wind up being true then this will absolutely rock the entire Allsvenskan league and, by extension, the Swedish Hockey League (SHL).

-I hope that this is sorted out properly and that we turn over all the stones that can be turned over. Only the suspicion is serious enough, but if it turns out to be true, it is of course completely unacceptable and something that must never occur in our association. These players are trained in what applies in Björklöven and this is so far from the culture we stand for, says Anders Blomberg, who after the match gathered the whole team and the coaching staff to talk through both the effort and the suspicions.

-I have an incredibly hard time believing that someone in Björklöven has been involved in such a type of activity. Of course, we welcome the fact that the question is being investigated whether there are now suspicions and speculations, says Anders Blomberg, who takes the opportunity to turn directly to the supporters.

- I am as disappointed as you after the loss, but I promise that we will do everything to come back stronger.

Interestingly enough Nashville Predators prospect Connor Ingram was in net for Björklöven and he was sent packing back to North America immediately following the 8-4 loss. Björklöven's manager reportedly simply said Ingram, "he was sent home, immediately, he was not good." Suffice it to say that some of the goals from the game appear a bit suspect.

Basically both the live odds and the actions of certain players made the game between Mora and Ik Bjorklöven extremely suspicious.

Pre game the odds was 1.30 for the heavy favourite Bjorkloven, when they were up by 3-1 the live odds was still at a whopping 1.50 for Bjorkloven. So there was some heavy moves on the live bet, and what you know, Mora ended up turning the game over with a 4-8 win.

Highlights from the game: