NHL News : Predators throw a loop at Maple Leafs ahead of trade deadline!

Back to the drawing board in Toronto… 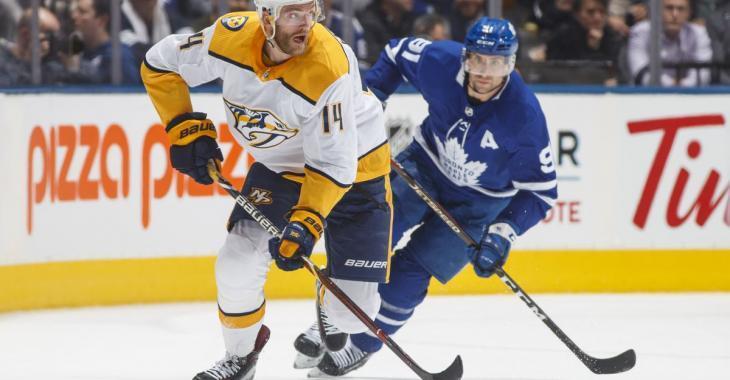 Mattias Ekholm is on quite the roller-coaster, especially ahead of the trade deadline. The last rumour out of Nashville was that the price was getting high for the Predators’ defenseman as many teams, including the Toronto Maple Leafs, were highly interested in acquiring his services for the postseason.

But then on Tuesday, Elliotte Friedman broke the hearts of many fans, especially the ones in Toronto and possibly of Leafs GM Kyle Dubas, when he revealed on SN650 that the sense is that David Poile won’t move Mattias Ekholm right now.

We understand Poile’s position at this point. Teams are cap-strapped at the moment and the Preds do not have to move Ekholm at this deadline. He’s signed through next season and really is their best offer going to come at the trade deadline when contending teams believe they can get Ekholm for two playoff runs, or is it after the July expansion draft when teams who are interested in him no longer have to worry about their protection issues?

The Bruins, who were interested in Ekholm, might now have had the assets to bring him to Boston. They have one of the weaker prospect pools in the NHL right now and that’s not going to be very attractive to Poile, if he chooses to focus on his team’s future.

It had been mentioned that the Leafs could have pried Ekholm out of Music City in a similar trade back in 2019 when they gave up a package to the Los Angeles Kings for Jake Muzzin.

However, if Dubas thought it was in the bag, he might realize that the item is no longer available if Friedman is correct…

Zdeno Chara gets huge boost ahead of game in Boston Wednesday!