Time has run out in Music City. 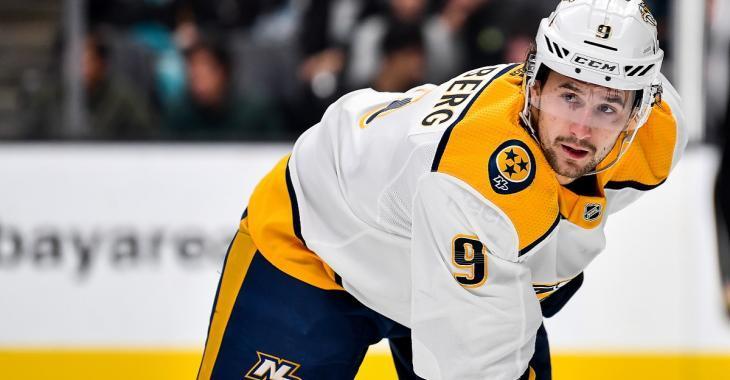 Although there have been bright spots in between, things for the Nashville Predators appear to have been slowly going downhill ever since the team made an appearance in the 2017 Stanley Cup Finals. It certainly would be unfair to suggest that the Predators have not been a competitive team during that span, they have after all made the playoffs in every season since that finals defeat, but there has been a growing sense that something will have to give... and give soon.

On Saturday National Hockey League insider Elliotte Friedman appeared to confirm those rumors when he revealed that the Predators were indeed contemplating some serious changes to their line up. What was even more surprising from Friedman however were some of the names that could be involved in these trades, with only 3 players making it to the "untouchables" list as per the insider.

"The Nashville Predators entered the day 7th in points percentage in the Central Division and there is talk about what they are going to do," said Friedman on Saturday night. "Word is maybe only 3 untouchables, Roman Josi, Ryan Ellis and Pekka Rinne who is towards the end of his career."

That obviously leaves a huge list of potential names available. Friedman however would go even further by naming some of the players that could be traded, players that many fans in Nashville may have thought would be on that list of untouchable players.

"I think other than that the Predators are willing to listen on just about anybody. That includes Filip Forsberg and that also includes, I found really interesting, Dante Fabbro."

The inclusion of a relatively young defenseman like Fabbro may come as a shock to many and I would frankly consider myself among that group. Fabbro was of course selected in the 1st round (17th overall) of the 2016 National Hockey League Entry Draft and in theory Nashville has many years of control left when it comes to this player. He is currently earning just $925,000 in the final year of his Entry Level Contract, will be a restricted free agent at the end of the season, and is not the kind of player you normally expect to see traded.

The inclusion of both Fabbro and Forsberg here may point to some major changes on the horizon for the Predators, as dealing away what many consider to be your top offensive player is not something you do when you're looking to contend either. It's too early to say whether or not the Predators are headed for a tear-down or some type of rebuild, but Friedman's comments certainly point to significant changes on the horizon.

Anders Lee is done for the season.
Subscibe to
Our NEWSLETTER
Receive the best articles of the web directly in your email