NHL News : Powerful message from Robin Lehner on the return of fans.

Powerful message from Robin Lehner on the return of fans. 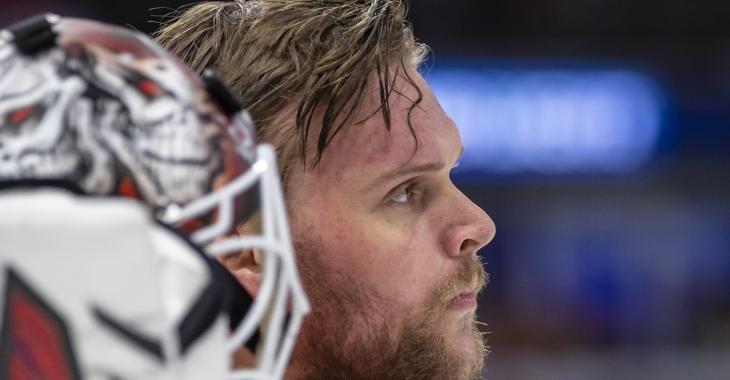 Las Vegas Golden Knights goaltender Robin Lehner has always been a strong advocate for mental health, in large part due to his own struggles both on and off the ice, and this week you could tell that he was genuinely happy for the fans in Las Vegas who got a taste of a little return to normal.

The Golden Knights, who like many teams in the National Hockey League have been forced to play in empty arenas for the better part of the last year, were able to welcome back fans this month for the first time in a long time. Although the team is still limited in terms of how many fans they can have in attendance, there was no mistaking the atmosphere that those fans brought back to the arena. An atmosphere that frankly the piped in sound over the course of the regular season has simply failed to replicate, at least in my personal experience.

Although the return of fans to arenas has been a topic of some controversy in the middle of what is still an ongoing pandemic, Lehner issued a strong statement following the return of fans, one that in many ways came off as a plea to take the health of our communities into consideration when embarking on this return to normalcy. Lehner however was not commenting on the physical health concerns, although I have no doubt that he wants people to be safe and remain healthy, but instead his statement was focused on the mental health benefits such an activity could provide to people who have their lives shut down over the last year and a half.

"Not the win. Not the great comeback from the guys. But the happiness and hope I saw in our arena yesterday filled me with joy and optimism," wrote Lehner on social media. "To see people have the freedom to do what makes them happy and mentally healthy. Mental health needs to be priority."

It's a powerful message from a vocal mental health advocate and one that I would like to extend to all our readers, many of whom I am sure have suffered during this difficult period in all of our lives.