NHL News : Plenty of waiver wire action in the NHL today, Panik and Frk both available

Lots of moving and shaking on the waiver wire as teams prepare for the trade deadline. 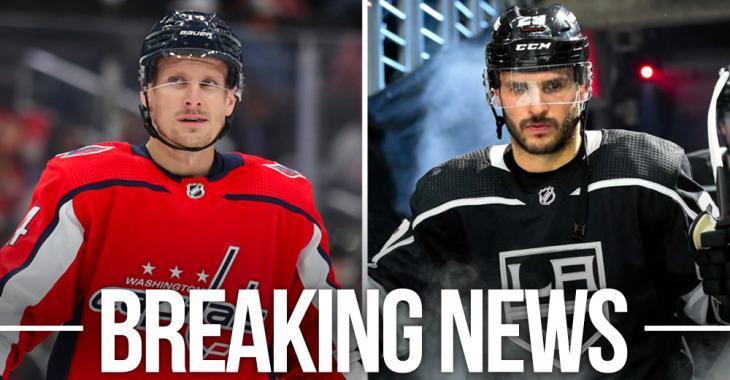 With the NHL's trade deadline looming on Monday, general managers around the league are doing their best to get their affairs in order for the big day. As you might imagine, there has been plenty of action on the NHL waiver wire this week but today's inclusions might actually result in a claim or two.

While Jason Cotton of the Carolina Hurricanes and Kyle Rau of the Minnesota Wild have both cleared waivers from yesterday, Martin Frk of the Los Angeles Kings, Richard Panik of the Washington Capitals and Nick Merkley of the New Jersey Devils have hit the waiver wire today.

Interesting. I could see a team taking a stab at Frk. He's only managed to get into one game with the Kings this season, but the 27 year old has proven that he has high end skill. I mean... at the very least he can hammer a puck 109 MPH...

As for Panik, he could be a solid depth pick up but the problem is that he's signed for two more seasons at a $2.75 million cap hit. For a guy that's put up just three goals and nine points in 36 games, that's a steep ticket.

Despite fan pressure, Gary Bettman insists on “taking his time” in planning 2021 NHL season
Subscibe to
Our NEWSLETTER
Receive the best articles of the web directly in your email