This could get ugly… 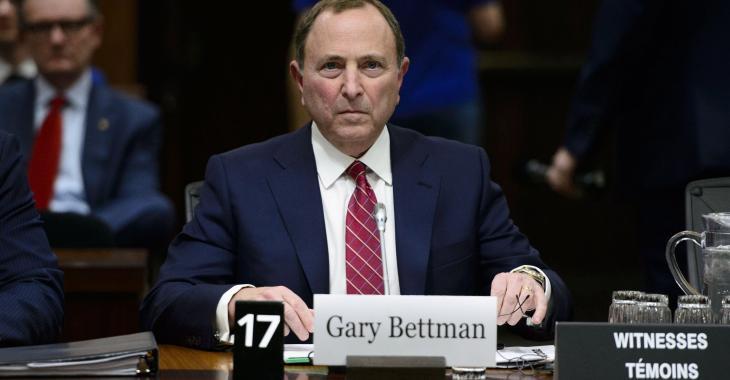 The National Hockey League refuses to stray from its original goal of starting the season on Jan. 1, despite the fact that this projected date is just a month away and the format has yet to be determined. Players aren’t happy about too many things, especially that the NHL has reportedly asked for players to defer 20% of their salaries while escrow increases to 25%. And this despite the fact that both sides agreed to a new six-year collective bargaining agreement before the league’s return to play over the summer that accounted for the expected financial repercussions of the COVID-19 pandemic. The union agreed to 10% salary deferrals with escrow capping at 20%. That money was agreed to be paid in three equal, interest-free instalments in October 2022, 2023, 2024.

And so, the players are upset and feel betrayed and the owners are also getting frustrated, which means they could choose to suspend the season entirely and call for a lockout.

However, Darren Dreger revealed on TSN’s Insider Trading on Tuesday night that the players could fight this potential lockout in court and even discussed what the NHL and owners could use as defence.

You’ve guess it. The COVID-19 pandemic…

“[Gary Bettman’s] faced ownership frustration right from the onset from the originality of the agreement with the National Hockey League Players’ Association. But obviously both sides are frustrated here. There’s been some speculation, you know what if the owners decide that they can’t go in ’20-’21 [and] they cancel the season. Does that put the Players’ Association in a position where they can challenge that move in federal court, effectively calling it an illegal lockout? But the owners say if that’s the case then force majeure would be applied, it is a pandemic. And the NHL believes that in the spirit of their existing agreement, they’ve got cancellation protection. And if they had to cancel, they wouldn’t have to make do on the player salaries. But nobody wants to cancel ’20-’21.”

We cannot imagine that the league or players would agree to a lockout and we certainly don’t want to imagine all this going to court.

Let’s focus on what seems to be going well : an all-Canadian division appears likely given the country’s current border and travel restrictions. There is also a sense that the league could be considering having teams play in their own rinks while conducting MLB-like series of two-to-three games. It was reported in early November that 48 games are the fewest that the league will agree to for 2021.