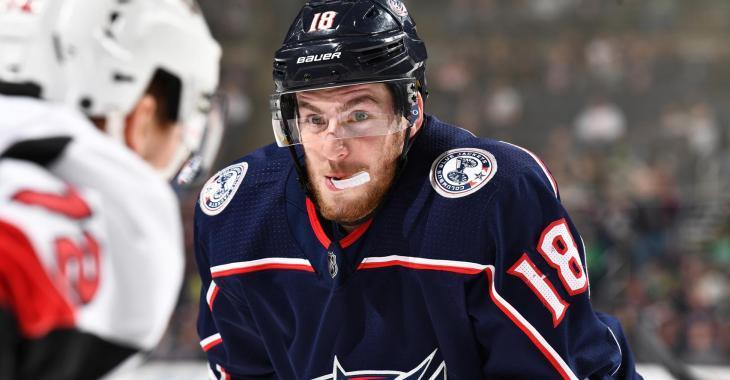 We all knew at this point that it was only a matter of time before this one got done, but boy oh boy what a trade it is.

According to TSN insider Darren Dreger the Winnipeg Jets have won the Pierre Luc Dubois sweepstakes and will be walking away with the talented center. It will be forwards Patrik Laine and Jack Roslovic going back the other way, and it is believed the Jackets will also include a draft pick but we have no details on that pick at this time.

Update: According to NHL insider Elliotte Friedman the pick going back the other way will be a third round draft pick. Friedman is also reporting that Roslovic will be getting a two year deal as a part of this transaction, he was previously a restricted free agent with the Jets holding his exclusive negotiating rights.

Update: NHL insider Frank Seravalli reports that the Jets have retained salary in this transaction, equalizing the cap hit between Laine and Dubois. The Jackets will however take on an additional cap hit due to the new deal signed by Roslovic. We are still awaiting details on the AAV of Roslovic's new deal, which is believed to be for 2 years.

Update: NHL insider Chris Johnston appears to be first with the details on Roslovic's new deal, he reports an AAV of $1.9 million on the 2 year contract.

The break down in the relationship between Dubois and the Columbus Blue Jackets has been extensively documented at this point, but in spite of that no one truly knows what proved to be the catalyst to this whole situation. Rumors would lead you to believe that Dubois signed his new bridge deal with the Blue Jackets over the summer with the understanding that the new deal was designed to facilitate a trade on the part of the Blue Jackets. Dubois no doubt expected the deal to be done prior to the start of the season, but when it became clear that Blue Jackets general manager Jarmo Kekalainen was taking his time with the move the wheels began to fall off.

Dubois appeared in 5 games for the Blue Jackets this season and over the course of those games he collected just a single point, an assist, a lackluster level of performance that eventually led to a highly publicized benching by Blue Jackets head coach John Tortorella this week. Dubois, who had admittedly been giving a very poor accounting of himself on the ice at that point, was set for more than two periods during a nationally televised game and many believed that he would never play as a Blue Jacket again following that public humiliation.

Now of course all eyes will be on Dubois and the expectations for him to perform will be at an all time high. It is one thing to look like a disinterested player on a team you clearly can no longer stand being a part of, it will be another matter entirely if he doesn't immediately turn his game back around on a new team.

The Blue Jackets will now inherit another player that has been viewed as difficult during his short NHL career in Patrik Laine and one has to wonder if these two teams simply haven't swapped problems. Laine has, by all accounts, wanted out of Winnipeg for some time but there are reasons to ask questions about whether or not he will be any happier in Columbus, and the same could be said of Dubois and Winnipeg.

Many have already formed opinions on who will emerge as the winner in this trade but given how either player's temperament could drastically change how we view this deal down the line, for example if Laine were to refuse to sign a deal as an RFA with the Jackets next season or if Dubois did the same to the Jets in 2 years, I think we're going to have to wait and see on this particular deal.