NHL News : Phillip Danault coughs up a pretty penny to keep #24 in L.A. 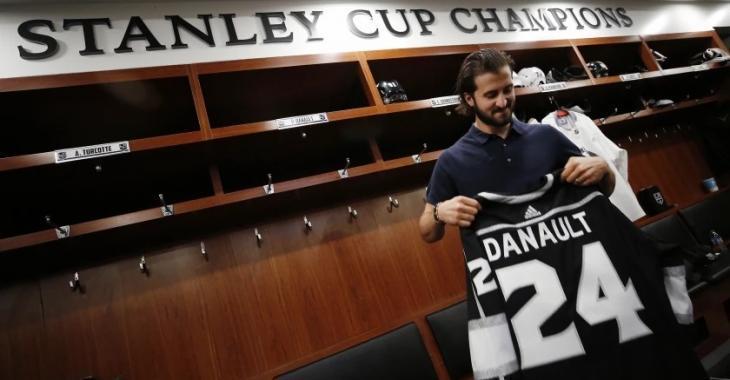 Professional athletes in all sports are known for being a very superstitious bunch and this is perhaps more true of professional hockey players than any other group. Hockey players are notoriously superstitious with routines and pre-game rituals that often border, or even cross the line into, obsessive compulsive disorder, and among their biggest superstitions is the number that they wear on their back.

Numbers are of incredible importance to players and perhaps for good reason given that it is how many fans identify the players on the ice, and as a result we have often seen players go to great lengths to keep a number that is precious to them when moving from one team to another.

Last week former Montreal Canadiens centerman Phillip Danault, who signed a 6 year deal with the Los Angeles Kings this offseason, became the most recent player to have to pay up in order to keep his number. Danault had previously worn the number 24 during his time as a member of the Canadiens, but that number had already been claimed on the Los Angeles Kings roster with former first round draft pick Lias Andersson currently sporting it.

So how much did prying the number away from Andersson end up costing Danault? According to a report made by Los Angeles Kings insider John Hoven, a report that was accompanied by a photo of Danault proudly holding up his new #24 Kings jersey, that price came in the form of a very expensive watch.

"We're all good now," said Lias Andersson as he put on his brand new Rolex.

Not only is a Rolex a relatively expensive gift, but depending on the model that Andersson opted for it may be the kind of gift that will keep on giving. Rolex watches have been known to appreciate in value over time due to the high demand for certain models, especially the sports watches that are made with stainless steel, which means that Andersson's new watch could actually end up being worth more than what Danault paid for it down the line.

Given that Andersson has largely failed to deliver on his draft pedigree, selected 7th overall at the 2017 NHL Entry Draft by the Rangers, and has bounced between the NHL and American Hockey League, there was likely never any question that the new star in town was going to get his way.