NHL News : Philipp Grubauer's contract with the Seattle Kraken rejected by the NHL.

Not the smoothest move from the NHL's newest franchise. 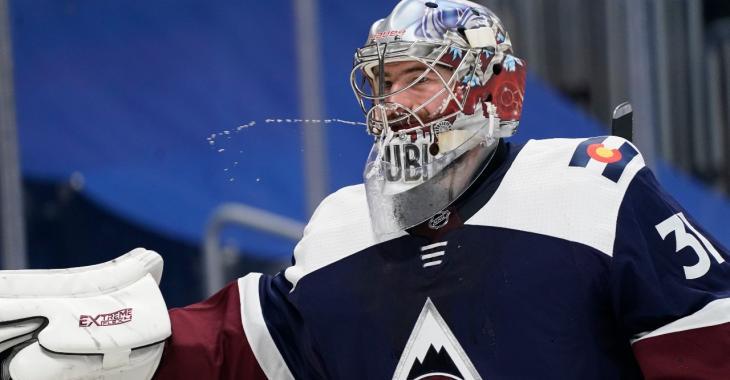 The Seattle Kraken had themselves a bit of a blunder this week when it comes to the contract of free agent goaltender Philipp Grubauer, one that has resulted in the contract being rejected outright by the National Hockey League.

On Sunday NHL salary tracking website Cap Friendly was the first to report the news that the NHL central registry had rejected the deal for violating the front-loaded contract requirements, meaning that Grubauer is not officially under contract with the Kraken. This is quite significant when you consider the fact that, after giving him a 6 year contract worth $35.4 million, the Kraken appear to view Grubauer as their goaltender of the future moving forward.

The contract was rejected because of how much Grubauer's salary increased between the second year of his new deal and the third year of that deal. As per the league's rules, your contract can not increase year on year by an amount that exceeds 25% your first year's salary.

In this particular case, Grubauer's salary in the initial writing of this deal would have gone from $6 million in the second year to $7.5 million in the third year, a number that represents more than 25% of the $5 million Grubauer will earn in the first year of his deal. This resulted in the league rejecting the contract, although thankfully for both Grubauer and the Kraken it would appear that some minor alterations will result in this deal going through in the end, or at least it appears that way at the time of this writing.

Geoff Baker of the Seattle Times is reporting that, according to his sources, the Kraken have restructured and re-submitted the deal and did so on the very same day that the league announced it had rejected the initial deal. Additionally according to Baker the Kraken merely removed $250,000 from Grubauer's third year and moved it instead to the second year of the deal, a move that the team believes will now make it compliant as per NHL rules.

It is worth noting that while all this seems like it will get the green light from the NHL, the deal has still not been officially approved by the league at the time of this writing.